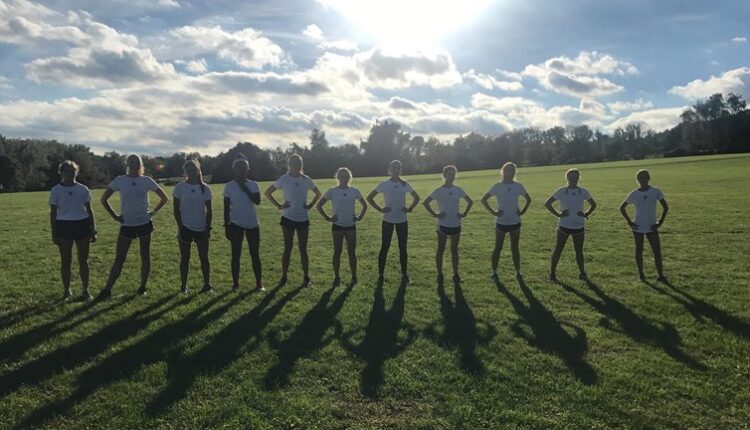 COLLEGE PARK, Md.– The Maryland Cross Country team will attend its first meeting on Friday, August 30th, at the first 3-mile duals of Mount Saint Mary in Emmitsburg, Md. The team will start the season with two 5K competitions and compete in 6K races in preparation for the NCAA championship achievements.

“I look forward to seeing what our returning athletes do this year,” said head coach Andrew Valmon. “Everyone is focused on maximizing performance and we will have solid leadership from Seniors Kathryn Gearhart and Brittany Lang. I look forward to working with this group to meet our conference and regional goals.”

Seniors Kathryn Gearhart (Easton, Md.), Brittany Lang (Columbia, Md.), Paige Novak (Hillsborough, NJ), Anna Latzko (Clarksville, Md.) And Caroline Augelli (Fairfax, Va.) Will be named them this season Enter your fourth year with the terps. All five of these high school students have found themselves in a goal position during their careers as the team’s top five finishers. At the end of the 2019 spring season, Gearhart and Lang achieved new personal bests on the 5000 m on the route, which should bring them faster times on the cross-country ski run in autumn.

Junior Christine Laurie (Kitchener, Ontario) will remain on top after an impressive season for newbies and her sophomore year maintaining a stable position as a goalscorer among the Terps’ top five runners. Molly Barrick (Owings, Md.), Courtney Mann (Ellicott City, Md.), Emily McAllister (Newark, Md.), And Julia Reicin (Potomac, Md.) Will build on their experiences from the past two years and are a group to keep track of some key accomplishments this season.

Coach Valmon is looking forward to the incoming athletes showing their talent close to home.

“It’s exciting to see so many new DMV athletes joining our roster,” said Valmon. “That was a goal in building the roster this year to highlight the best local athletes and ensure they stay visible close to home.”

The Terps will open their season for the seventh consecutive season on August 30th on the 5K Duals of Mount Saint Mary in Emmitsburg, Md. After a two-week hiatus to focus on downtime, the team will return for the second 5th on September 14th -km competition of the season at the University of Virginia.

The Terps will return to the cross-country course on October 5 at the Paul Short Invitational in Bethlehem, Pennsylvania, which is also home to the NCAA Mid-Atlantic Regional Meet. The Terrapins will be given a test run on this course before heading back on November 15th later in the season.

The final meeting of the regular season will be held at Penn State University on October 18, just two weeks before the Terps contest the B1G Cross Country Championships on November 3 in Columbus, Ohio.

Following the NCAA Mid-Atlantic Regional meeting on November 15, the Terps will host the NCAA Championships on November 23 in Terre Haute, Ind.