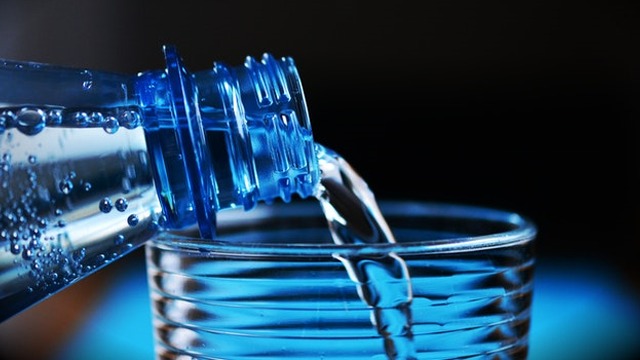 Tapping Into Wastewater as an Alternative Freshwater Source

Converting urban wastewater into usable freshwater is beneficial to the environment.

Driving the process with a greenhouse gas – carbon dioxide?

This approach is potentially transformative, according to Arup SenGupta, a world-renowned researcher, educator, author, and inventor who has devoted his 35+ year career to developing solutions to problems related to the lack of safe drinking water.

“Natural freshwater resources – lakes, rivers, groundwater – are heavily polluted due to the negative effects of climate change combined with a gradually growing population in metropolises around the world,” says SenGupta, professor of civil and environmental engineering as well as chemical and biomolecular engineering on the PC Rossin College of Engineering and Applied Science at Lehigh University. “Municipal sewage treatment plants in large cities are isolated from the negative effects of climate change and treated wastewater can serve as a potential water source, provided that suitable sustainable and inexpensive technologies are available.”

In 2019 SenGupta and his PhD students in Lehigh received a US patent for their innovative CO2-driven ion exchange desalination process, HIX-Desal, which he describes as “a legitimate candidate for converting wastewater into usable water”.

Existing desalination systems, such as those used in California by the Orange County Water District in and the city of San Diego, use semi-permeable reverse osmosis (RO) membrane processes that require a separate electrical and / or mechanical source of energy. It takes about 1 to 1.5 kWh of energy to produce 1,000 liters (264 gallons) of treated water, or slightly more than the average amount three Americans use at home each day.

HIX-Desal uses the unique chemistry of CO2 to meet this energy demand. And, according to SenGupta, when combined with existing carbon dioxide generators (such as cement plants and anaerobic waste recovery processes), the process can effectively be carbon negative.

“Carbon dioxide, which is safe to handle and harmless, can serve both as a weak acid and a weak base in a single desalination process,” he says, “and thus avoids energy-intensive RO membrane processes.” The system also reduces the water pretreatment that is required to protect the membrane in reverse osmosis systems, which leads to cost savings.

Initial studies on HIX-Desal were carried out in collaboration with the city of Bethlehem, Pennsylvania on Lehigh’s doorstep. SenGupta’s team, which includes PhD student Hao Chen, a PhD student from PC Rossin who is studying environmental engineering, and Nick Donato, an undergraduate research scientist, will bring new insights into energy benefits and the Scalability of technology gain wastewater treatment plan in neighboring Allentown.

The two-year project was recently approved by the US Bureau of Reclamation, a federal agency of the US Department of the Interior, as part of an investment of 5.8 million recycled water technologies.

The facility on Kline’s Island in Allentown treats nearly 35 million gallons of gallons daily, SenGupta says, and ongoing research shows that the HIX-Desal process can reduce the salinity of treated wastewater by more than 60 percent without the need for reverse osmosis is. If used successfully with carbon dioxide from the facility’s anaerobic digester, he explains, the technology could save about 1 million kWh per day (or about enough energy to power 94 US homes for a year).

In addition, recent tests confirmed another potential benefit: in July 2021, the SenGupta team collected samples of treated wastewater from the plant and completed the first cycle. The results showed that the phosphate present in the plant’s wastewater (responsible for algae growth and eutrophication) can be selectively removed, concentrated and recovered as a potential fertilizer in pure form for direct field use.

Overall, SenGupta sees enormous potential in validating that carbon dioxide waste, be it from landfills or gas turbine exhaust gases, can be used for the desalination of municipal wastewater and water from other harmful sources (e.g. for cooling applications in power plants or industrial plants).

“This concept forms the basis of a circular economy in which waste from one process is a potential resource in another process,” he says. “It’s a big challenge, but also one that is exciting.”

This article was republished from the following materials. Note: The material may have been edited for length and content. For more information, please refer to the source cited.