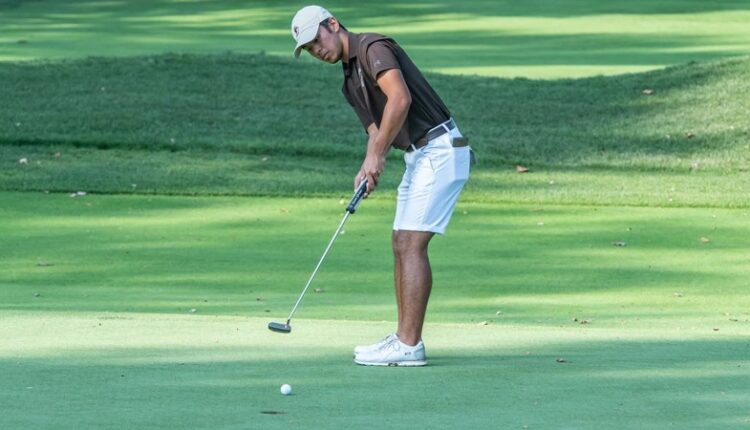 HAMILTON, NY – In the first tournament of the fall season, the Lehigh men’s golf team played a pair of 299 rounds at the Alex Lagowicz Memorial Invitational at Seven Oaks Golf Club on Saturday. The 598 Mountain Hawks bring her to the finals on Sunday as ninth of 15 teams.

Junior Daniel Song was the top performer for the Mountain Hawks on Saturday, with laps of 74 and 72 to with 146 the 17th three to six.

Sophomore Edmund Broderick paired song with a morning 74 that contained three birdies. In the afternoon he shot 76 and is 35th with 150.

Junior David Hurly and newcomer Jahan Bains are in 40th place with 152. Hurly shot 74 and then 78, carding a birdie every round. Bains went the other way, opening with a 78 and closing with a 78. He made two birdies on each of his first two college rounds.

Yale leads the team race with four under par 582 (287-285). The Bulldogs are seven strokes ahead of hosts Colgate.

Dugan McCabe from Colgate and Teddy Zinsner from Yale are tied in the individual lead with three under par 141.

The Alex Lagowicz Memorial Invitational ends on Sunday with the last 18 holes. A shotgun launch is scheduled for 9 a.m.