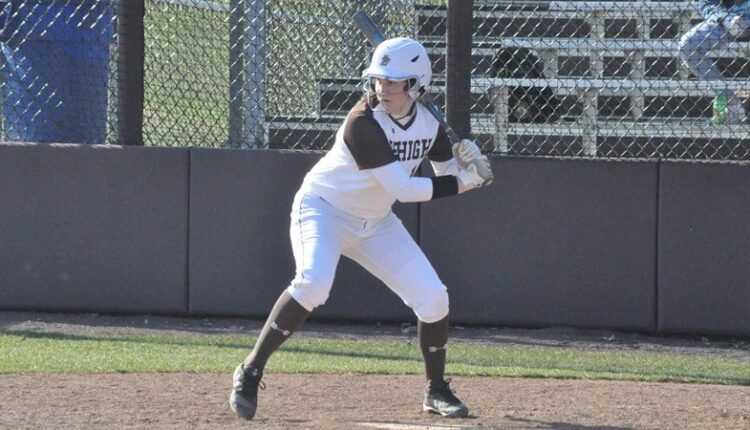 HAMILTON, NY – Lehigh beat the seventh inning 5-4 to take in nine runs in seventh in a 13-5 win over Colgate in the first game of a double-header Sunday at Eaton Street Field. The Raiders used two large innings to bring the nightcap 10-2 in five innings to win the series.

Junior Jaelynn Chesson went 3v4 with five RBIs in the first game, including the winning RBI single in the seventh inning of the first game. A double from newcomer Brooke Cannon kicked off, while senior Payton Alsobrooks helped with a triple home run in nine outbreaks. Junior Melissa Fedorka drove in both heats in game two and added an RBI in game one.

After the split on Sunday, Lehigh is 7-13 and 5-7 in the Patriot League. Two more weekends of league play remain for the Mountain Hawks.

Colgate (9-11, 7-7 PL) took a 4-0 lead at either end of Sunday’s double game. In the first game, at the end of third place, the Raiders scored four points to move forward.

Fedorka took home junior Karsen O’Rourke in fourth, but Colgate added an inexperienced run in the lower part of the frame to restore a four-run lead.

Lehigh retired 5-4 in the fifth game when Chesson doubled two runs home and then scored a sacrificial flight from O’Rourke.

Sophomores Josie Charles and Emily Cimino opened the seventh with a colorful single and a walk, respectively. Chesson then went left and scored Charles with the tie run. Cannon then doubled the glove on Raider’s third baseman Morgan Farrah, scoring Cimino on the go.

O’Rourke and freshman Amanda Greaney added RBIs to extend Lehigh’s lead to 8-5 before Alsobrooks drilled a triple home run to the left, their first of the season, to extend the lead to 11-5. Chesson was able to finish the evaluation with a double pack.

Freshman Katelyn Young has won the circle. She threw five innings of relief, allowing an inexperienced run with three hits with two walks and two rashes.

Colgate prevailed in the first inning of game two-on-four, behind a double double from Taylor Ludwick and RBI hits from Kara Fusco and Mia Guevarra.

The Mountain Hawks responded with two runs in the second on a fedorka single with two runs. Lehigh put on the first two batters in the fourth, but couldn’t make up for the deficit.

Colgate finished the game with six runs in the fourth home race in RBI doubles from Virginia Irby and Farrah, a sacrificial flight from Ludwick and a triple home race from Fusco, which ended with four RBIs 3v3.

The Mountain Hawks face Bucknell in a four-game home-and-home series this weekend. Lehigh will host Bucknell at Leadership Park on Saturday and then travel to Lewisburg for a double header on Sunday.