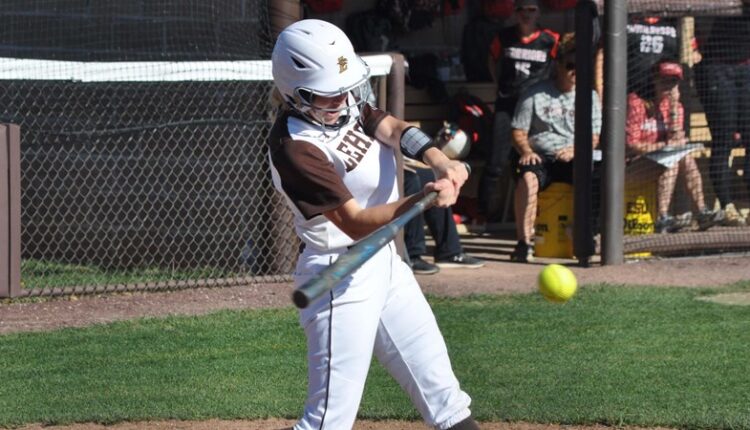 HAMILTON, NY – Lehigh’s three-game streak ended with a double-header sweep through Colgate at Eaton Street Field on Saturday. The Raiders wiped a 5-2 deficit to get away with a 6-5 first game win, then drove first four inning runs to a 9-1 win with six innings in a nightcap.

The losses bring Lehigh’s record 6-12 overall and 4-6 in the Patriot League, while Colgate improves to 8-10 overall and 6-6 in the league.

The Mountain Hawks opened the game with a goal in the third inning when Junior Jaelynn Chesson doubled up Emily Cimino home in the second run, but the Raiders scored two out runs in the third and fourth innings and took a 2-1 lead after four.

Lehigh put together a four-run rally in race five and took a 5-2 lead. Cimino put Lehigh in front with a two-part single, and O’Rourke and Greaney added RBI singles.

Colgate drew within 5-4 on a two-part Morgan Farrah home run in fifth. The Raiders then lined up three hits in a row with one hit in the seventh to claim victory as Adrienne Nardone brought home Steph Jacoby and Taylor Ludwick.

The Raiders got off to a quick start in game two, scoring four points in game one, including back-to-back home races from Farrah and Jacoby. Lehigh pulled back a run in the second on an RBI single from Greaney, but the Mountain Hawks left two runners in the second and two more in the third.

Jacoby brought home a run in the fourth for Colgate and added an RBI double in a sixth run which allowed the Raiders to finish the game via the eight-run rule. Taylor Ludwick’s two-part single got the runs home at the end of the game.

Lehigh was limited to six hits, including two from Greaney.

Lehigh and Colgate will end their series with a double-header Sunday from noon. The games will be broadcast on ESPN +.