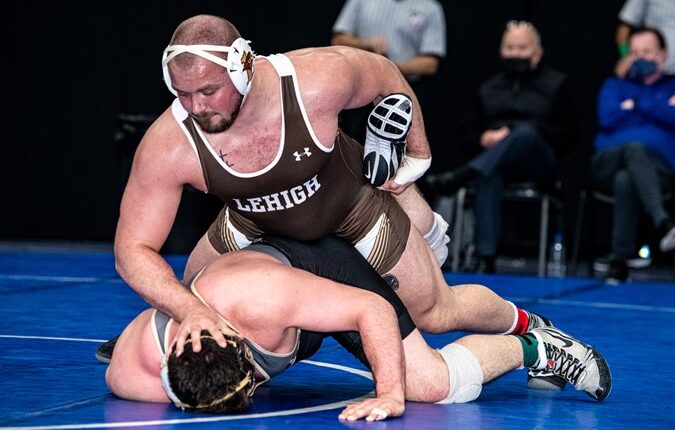 BETHLEHEM, PA. – Lehigh’s 10 NCAA qualifiers learned their seeds and first-round opponents when seeds and staples were announced for next week’s NCAA championships in St. Louis on Wednesday.

The Mountain Hawks are one of three teams that qualify all 10 wrestlers and join Iowa and Missouri.

Senior Jake Jakobsen, who had just won his first EIWA title, picked up number 16 in 197. His first-round opponent will be a familiar face in JT Brown of Army No. 17. Jakobsen gave Brown his only two losses that season, including a 3-0 decision in the EIWA final.

The fourth EIWA Champion of the Mountain Hawks, newcomer Malyke Hines, is number 17 at 133. His opponent in the first round is Devan Turner No. 16 from the US state of Oregon.

Lehigh’s fifth EIWA finalist, Junior Jimmy Hoffman, is placed 22nd with 149. His opponent in the first round is Kanen Storr No. 11 from Michigan.

At the age of 141, the newcomer Connor McGonagle is number 24 and meets MAC champion No. 9 Dresden Simon from Central Michigan in the first round.

Freshman Luca Frinzi will be the first Mountain Hawk to hit the mats on Thursday in St. Louis. Frinzi is number 33 at 157 and will fight a pigtail fight against Michael Petite of Buffalo number 32. The winner will receive the top seed Ryan Deakin from Northwestern.

Sophomore Brian Meyer is number 29 at 165 and starts with a tough test in 2019 NCAA Champion and fourth Mekhi Lewis from Virginia Tech.

Senior Dylan Ammerman also pulled a hokie in the opening round. Ammerman is ranked 28th with 184 and will face Hunter Bolen No. 5.

At 174, newcomer Jake Logan is 31st and will face second-placed Demetrius Romero from the Utah Valley in the first round.

Action at the 90th NCAA Championships begins Thursday, March 18, at the Enterprise Center in St. Louis and continues through Saturday, March 20. There will be no Lehigh audio broadcast of this year’s tournament, but the entire tournament will be broadcast on the ESPN network family with streaming video from each mat available on ESPN3 and the ESPN app. The schedule for this year’s championship (with some changes to the normal schedule) is shown below.