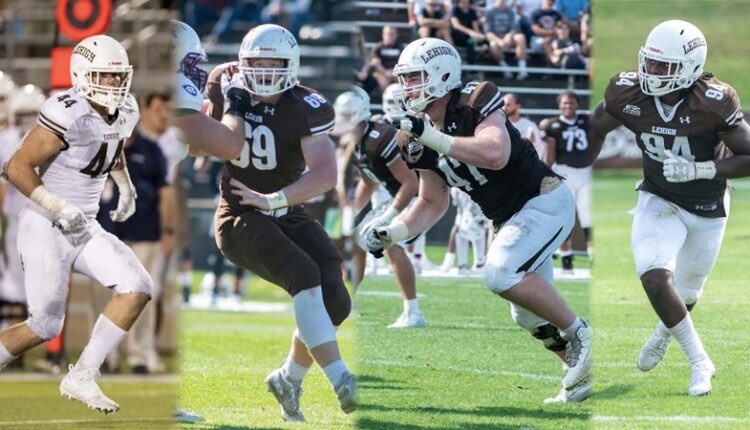 Lehigh’s line of defense played an important role in improving the Mountain Hawks’ defenses in 2019. The Mountain Hawks dropped nearly 100 meters less on the ground than the previous season while registering 14 more sacks. The returning defensive line group had lost 11 sacks and 18.5 tackles in 2019.

Senior Erik Slater and sophomore Mikhari Sibblis lead the defensive endpoints. Slater broke through with 12 tackles against loss and four sacks, while also having the ability to play as a defensive end or as a roaring external linebacker. Sibblis contributed six tackles for the loss and four sacks and was recognized by HERO Sports as a newcomer All-America.

Sophomores Jackson Michaels, Stephon Bland and Michael Callahan will all be working on the defensive endpoints. Bland moves to the defensive line after playing linebacker as a freshman.

In the interior, Lehigh returns to Junior Michael Laurencelle, who played in all eleven games and made seven starts, and to sophomore Dean Colton, who saw time in seven games. Senior Zac Troxell will also fight for time in the defensive line rotation.