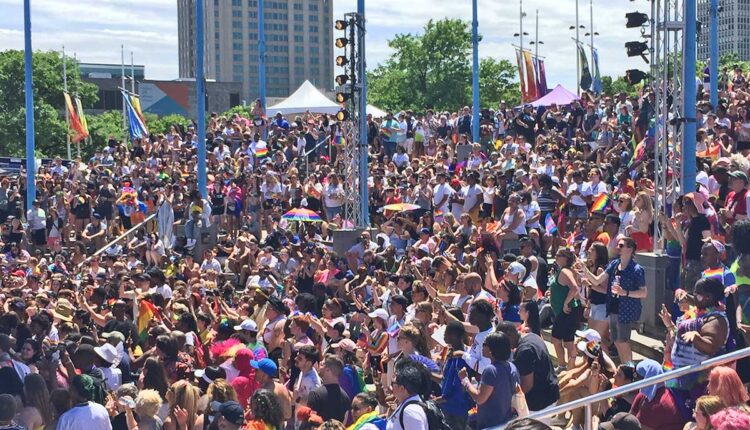 It seems that there’s a lot of conversation about what is happening with the now folded Philly Pride Presents and how the new Pride organization is planning to restart Pride in the city. There are lots of questions regarding Philly Pride Presents’ organizational structure, transparency, and finances. There are also questions for the group that currently wants to carry Pride in Philadelphia forward. First let’s look at how we got here.

The earth below Philly Pride Presents has been shifting for several years now. People in the community have continued to ask for changes and none were coming.

It began to be a loud roar in 2019 when a national shift took place. That year, the 50th anniversary of Stonewall, a few people in NY decided to take the parade back to what it stood for in that first year.

They called themselves Reclaim Pride, and they created a new organization separate from Heritage of Pride, which has been running NYC Pride for decades. Reclaim Pride stated that they would put community before corporations, and in 2019 they decided to hold a separate march from the scheduled Heritage of Pride parade.

New York that year, and since, has had two different events, a Pride Parade run by Heritage of Pride, and a Reclaim Pride march. Since then, similar issues have been raised in Boston, Los Angeles, San Diego, Seattle, and even London. Philly is not alone on this issue.

In many of these cities, a lack of representation has been an issue. In Philly that issue was compounded by an organization that would not change or be transparent. Then they issued statements that at the very least were revising our history and which many people believed were anti-transgender.

As a marshal in the very first Pride in 1970, I can attest that Pride has gone through many reincarnations, so this is nothing new. Everyone should avoid jumping to any conclusions and allow the process to continue.

Early on in Philly Pride’s history, most didn’t like what we had and only missed it when it was gone, so a new invigorated Pride would be a good thing.

The only question is if the new organization will be more transparent then Philly Pride Presents. Will it be inclusive? Will it have officers and a board that is diverse and take responsibility and listen to the community? Will they hold open meetings, unlike Philly Pride Presents? These questions need answers. Without them, Philly, like New York, might just have two events marking Pride.

There are 10 months to go before the next Pride month. That may seem like a lot of time, but as one who has organized Prides and other community events both here and in other cities, I can tell you it is not much time, especially for a new organization. So here’s a little suggestion.

For the sake of the community, it would be helpful if the two sides, Philly Pride Presents and the new organization, could find a way to help each other rather than allowing their differences to keep them apart. In fact there is much that each side can do for the other.

Sometimes it’s important to put the community ahead of personal feelings or grudges. At present, both sides feel as though they are victims. But unity is stronger than victimhood. Find a way to communicate. Pride is about community.

I was a journalist from Coal Country. This is the Rich Trumka I knew | Mark O’Keefe