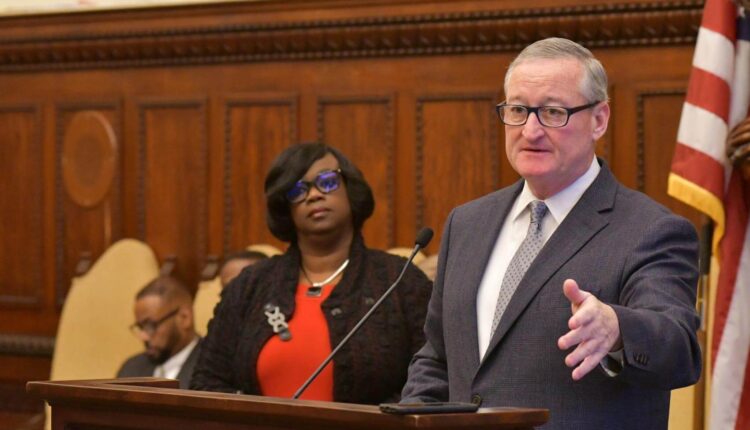 Mayor Jim Kenney is defending his response to rising violence in the city and pushing back against a pair of local officials calling on him to more urgently address the crisis.

“This work is too difficult and too important to be weaponized to advance a political career or agenda,” Kenney said in the letter sent to Councilmember Jamie Gauthier and City Controller Rebecca Rhynhart on Thursday.

In his six-page letter, Kenney said his administration was taking a “whole of government response” to gun violence, which he added was fueled in part by the coronavirus pandemic.

Kenney’s letter was in response to Gauthier and Rhynhart’s calls last week — backed by other officials and community activists — that he do more to reduce the violence, which disproportionately affects African Americans.

The second-term mayor provided his own responses to the officials’ demands, laying out his administration’s existing violence-prevention strategies and programs.

But Kenney made clear he will take no further actions to reduce gun violence beyond what his administration is currently doing or plans to put in place.

“And while I’ve not declared a state of emergency, something no other city suffering like ours has done, it certainly does not mean my Administration has not acted with due urgency to address this epidemic,” Kenney said.

In a joint letter to Kenney on Friday, Gauthier and Rhynhart said the mayor’s responses were “inadequate” and rejected that their efforts were political.

“Lastly, there is no political agenda here,” they said. “Our only goal is to prevent more Philadelphians from being murdered or injured in 2021, and we are suggesting concrete ways to do that.”

Gauthier and Rhynhart called for a sit down with Kenney and his team during the second week in August to develop an action plan that includes their own recommendations to curb violence.

The two female officials also requested Kenney provide a series of data tied to the progress of his violence prevention plan (Roadmap to Safer Communities), including a list of libraries and recreation that have expanded their hours and when certain strategies will be implemented. They gave Kenney a deadline of Aug. 6 to provide the information.

Killings reached 319 as of Friday, up 29 percent over the same time last year, according to the police department’s online database.

Kenney has overseen a steady increase in homicides since he took office in 2016. But violence reached a pitch in 2020 during the pandemic when homicides hit a three-decade high — 499 — and the city recorded the highest year-over-year increase in killings dating back to 1960, according to police data.

Last week Gauthier, Rhynhart and a handful of other city legislators — some not known to openly criticize Kenney — demanded Kenney take more action on gun violence in 14 ZIP codes plagued by the highest levels of gun violence.

Gauthier and Rhynhart put forward a series of immediate actions in a July 22 letter that Kenney could take in an effort to reduce violence, including ensuring access to mental health services in neighborhoods, boosting programing at recreation centers, dedicating more funding to jobs initiatives, and forming a new response team that more effectively coordinate anti-violence initiatives.

In his letter, Kenney said his administration has already implemented similar types of initiatives the officials were calling for. He thanked Gauthier and Rhynhart for their suggestions, adding, “I look forward to our continued partnership to battle the epidemic of gun violence.”

The Black Clergy of Philadelphia and Vicinity came out to support Gauthier and Rhynhart’s demands.

And U.S. Rep. Dwight Evans, a Democrat who represents portions of North Philadelphia, called on Kenney to “take immediate action” on reducing homicides and shootings in a letter last week.