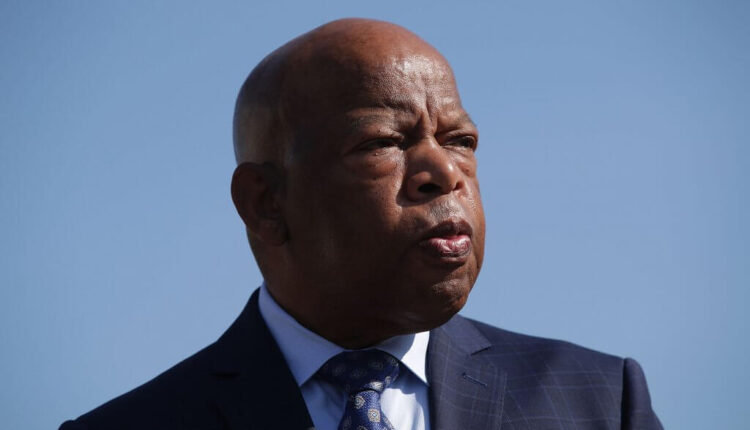 WASHINGTON — House Democrats plan to next week unveil a new version of legislation named after the late Georgia civil rights icon Rep. John Lewis that could protect voting rights across the U.S.

During a Friday press conference, House Democratic Whip Jim Clyburn of South Carolina said that House Democrats are expected to introduce a revised H.R. 4, the John Lewis Voting Rights and Advancement Act, on Aug. 6. That is the same date that the Voting Rights Act of 1965 was signed by President Lyndon B. Johnson.

Clyburn said that many House Democrats are in favor of including provisions that would bolster the Voting Rights Act by establishing a new formula to require all 50 states to get special permission from the Justice Department before making any changes to voting laws or putting in place new voting requirements.

Democrats and the White House have repeatedly criticized new laws passed by Republicans at the state level that contain a variety of voting restrictions.

“There’s tremendous sentiment in our caucus for expanding preclearance to all 50 states, and that is because 48 states have either proposed or passed … restrictive laws,” Clyburn said. Preclearance would mean getting federal approval for changes in voting laws.

He said that means that many of those states would not have been covered by earlier preclearance requirements because they don’t have a history of discrimination.

The House in the last session of Congress passed another version of voting rights legislation named for Lewis, but it was not taken up in the GOP-controlled Senate.

Minnesota Sen. Amy Klobuchar, who chairs the Senate Rules & Administration Committee, said Thursday that the Senate is currently working on a voting rights package that includes strengthening the Voting Rights Act of 1965 and senators are close to a deal.

An elections overhaul known as the “For the People Act” would undo many of the recent voting laws put in place by Republican-led states. It passed the House, but Republicans blocked it in the Senate earlier this year.

House Speaker Nancy Pelosi, at the press conference with Clyburn, said she has not seen the voting legislation that the Senate is currently working on, but added that the House would be ready to quickly pass H.R. 4 once it’s introduced.

If the House adjourns for recess as scheduled Friday, though, that may not happen until lawmakers return in September.

The flurry of restrictive voting legislation spurred by Republican state legislatures is due to the outcome of the 2020 presidential election, where Joe Biden won several states, including Georgia and Pennsylvania, that former President Donald Trump won in 2016.

Georgia has become known as “ground zero” in the fight for Democrats to protect voting rights as the state recently passed a restrictive voting bill that eliminates drop box locations, and makes it illegal to hand out food and water to a voter within 150 feet of the polling place or 25 feet of any voter standing in line, the same distances from which campaign activity is barred, among other restrictions.

The Biden administration directed the Justice Department to sue the state over its newly passed voting law. Senate Democrats earlier this month held a field hearing in Georgia, headed up by Klobuchar, on voting rights.

Before the Section 5 preclearance requirement of the Voting Rights Act was struck down by the Supreme Court in 2013, it covered nine states and a handful of counties and municipalities with a history of discriminating against voters of color.

Clyburn said Friday that there is some Republican support for H.R. 4.

“How much Republican support, we don’t know,” he said. “But we do believe that we have a very good product.”

However, during a June U.S. House Judiciary panel hearing on H.R. 4, Republicans argued that reinstating the preclearance section of the 1965 Voting Rights Act was unnecessary because there is no discrimination in voting.

Why do they call them ‘the dog days of summer?’ Its origins, explained | Five for the Weekend