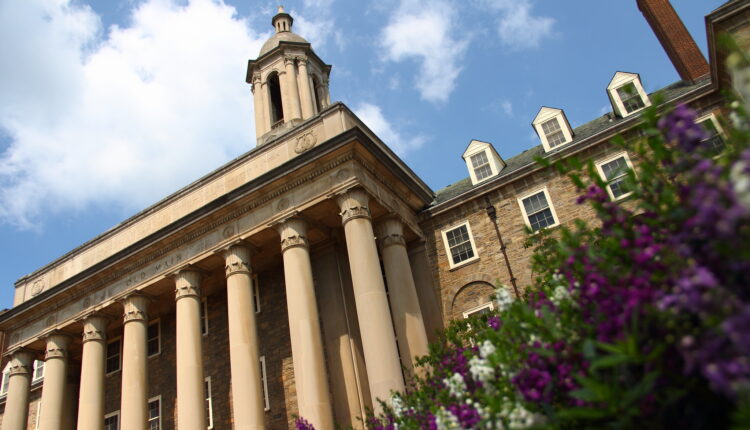 Pennsylvania’s largest university is doubling down on its decision to not enact a COVID-19 vaccine mandate — spurring accusations that its top officials are putting state funding ahead of community safety.

But he also highlighted the Republican-controlled Legislature’s influence over university decisions.

“Public universities, in particular, have challenges with the mode of response to the pandemic,” Barron wrote. “Regulations across the country clearly reflect state-level political realities.”

He added: “State funding for our university requires a two-thirds vote of the Pennsylvania Legislature, meaning that our funding relies on strong bipartisan support.”

In practice, that means allocations to any semi-private institution that accept public funds, such as Pennsylvania’s state-related universities, must be approved by 34 senators and 136 representatives — rather than with a simple majority.

Such a high bar means it’s easier for lawmakers opposed to the universities, or simply looking for leverage, to build a coalition to block their state funding.

Lawmakers supportive of passing a civil window for childhood survivors of sexual abuse to sue their perpetrators for damages toyed with blocking the state-related funding to force a vote on the issue in the Senate.

“There’s a lot of opportunities to be an effective legislator, and I’m trying to be the most effective I can be for victims of child sex abuse,” Gregory told the Capital-Star at the time. However, his efforts failed.

Penn State, which welcomes more than 40,000 undergraduate students and employs 22,000 people at its University Park campus in Centre County, will resume classes with mostly in-person instruction on Aug. 23.

More than 1,500 Penn State employees and students signed an open letter to Barron and the board of trustees earlier this summer, calling for a vaccine mandate, continued masking and social distancing requirements, and ongoing random COVID-19 testing.

“We are eager to welcome students back to campus for the start of the fall 2021 semester, but we are deeply concerned that our university is unprepared to handle the ongoing increase in COVID-19 cases and the emergency of the more contagious Delta variant,” they wrote. “There is no way to determine who is unvaccinated and should therefore be masked.”

Currently, Penn State only requires universal masking while indoors, regardless of vaccination status.

More than 2,000 people signed a counter-petition, demanding the university rescind its mask mandate.

On Friday, the University Faculty Senate passed two non-binding resolutions to again call for a vaccine mandate and approve a vote of no confidence on the university’s pandemic response plan.

Lisa Powers, a university spokesperson, did not answer a request for comment on whether members of the General Assembly have discussed state appropriations concerning masking and vaccine mandates.

Instead, she referred back to Barron’s open letter and pointed to a Friday statement where he and the board of trustees reiterated their confidence in the university’s COVID-19 protocols.

In the letter, Barron said more than 73.5 percent of students living in residence halls have uploaded proof of their COVID-19 vaccination, “and the numbers are steadily growing on a daily basis,” he added.

In the aftermath of the president’s letter, university employees have accused the university of catering to the Legislature, where GOP lawmakers have challenged mask and vaccine mandates throughout the pandemic.

Peter Buck, a Penn State employee and former Democratic candidate for the Centre County-based 171st Legislative District, told the Capital-Star that university administrators are “cowering in front of do-nothing, know-nothing troglodytes, who do nothing but bully people.”

After teaching economics at Penn State for seven years, James Tierney announced his resignation from the university on Thursday after Barron’s letter went public.

“This has been weighing on my mind for a while, even pre-COVID,” he told the Capital-Star. “But the administration has made it clear to me that their vision of higher education is no longer the same as mine. The refusal to have a vaccine mandate, the refusal to move large lectures virtually, and the continued gaslighting that they do, trying to convince everyone they are following science is ridiculous.”

Today is as good a day as any to publicly announce my resignation from @penn_state.

I’ll write more about this later. It was just time to step away.

Students: You made it all worth it. I’ll miss you the most.

(Yes. We are staying in State College because we love it here) pic.twitter.com/xtcU17o1ER

Penn State’s total operating budget for the 2021-22 academic year is $7.7 billion. About 4 percent of funds — $323,800,00 — comes from the Pennsylvania taxpayers. The state budget that Gov. Tom Wolf signed in June came with no changes to university funds.

Referencing a future House hearing on higher education funding, Gottesman said: “I think there is an overall understanding that this money is necessary. It’s how do we get this money to schools.”

Corman is a Penn State graduate, and Benninghoff attended the university for one year.

The Legislature’s influence on state-funded institutions

However, lawmakers have tied state funding for post-secondary schools to their pandemic response in recent months.

In June, a group of House Republicans threatened to withhold almost $32 million in state funding over the Philadelphia-based University of Pennsylvania Health System’s vaccine policy. In a letter, 25 GOP caucus members said they would oppose any state budget plan that provides the system with public dollars because staff had to be vaccinated by Sept. 1.

Penn State just doubled down on not instituting vaccine mandate and admitted that they are pandering to conservative PA state legislatures. Here’s the first half of the letter: pic.twitter.com/xVwHJWhNY4

In a self-published op-Ed, Sen. Mike Regan, R-York, blasted “woke” Penn State and accused the university of “bribing” students and staff with prizes to get a COVID-19 vaccine and added that it’s “difficult” to be sympathetic to the university’s yearly budget requests “for millions of your tax dollars, supposedly aimed at helping keep tuition down for students when they are handing out case incentives and doing exactly what they claim to be against — segregating and labeling using ‘classist’ terms such as ‘vaccinated’ and ‘unvaccinated.’”

The University of Pittsburgh, another state-related institution, has encountered political problems with funding since 2019, due to media reports about the school’s medical research using fetal tissue. The university confirmed the research in a letter to House Republicans in 2019 but said it used grant funding, not state dollars.

Before the revelation, Pitt’s funding passed smoothly, with just three Republican House lawmakers voting against it in 2018.

But in 2019, 32 Republican lawmakers voted against the state appropriation to Pitt. The House also added a rider to the appropriation bill blocking its use for anything other than tuition assistance.

Anti-abortion groups have highlighted other studies using fetal tissue by the university, such as one from September 2020 that attached fetal skin onto mice to study skin infections.

This year, Pitt’s state allocation passed, but by an even slimmer margin — 51 Republicans voted against it.

How are other post-secondary institutions responding to the COVID-19 pandemic?

At least three dozen Pennsylvania colleges and universities require proof of a COVID-19 vaccination. The schools, however, are private institutions and have the authority to implement such mandates.

Temple University is the only state-related university to require students and staff to get a COVID-19 vaccine by Oct. 15, except for religious or medical exemptions. Like Penn State, Lincoln University and Pitt “strongly recommend” getting a vaccination.

The 14 schools that comprise the Pennsylvania State System of Higher Education are taking mixed approaches to the COVID-19 pandemic.

The Philadelphia Inquirer reported that Millersville University, which is part of the state-owned system, requires students living in dorms to show proof of a COVID-19 vaccine or provide a negative test result within the last 72 hours.

However, State System schools maintain that they would need legislative approval to mandate vaccinations.

The State System is encouraging students and staff to get a COVID-19 vaccination ahead of the upcoming year.

“This is your best opportunity to help preserve the university experience all of our students deserve,” State System Board of Governors Chair Cynthia Shapira and Chancellor Daniel Greenstein said in a statement. “Together, we can prevent the kids of disruptions we’ve seen over the past 18 months. Together, we can help save lives. Together, we can make this a great year.”