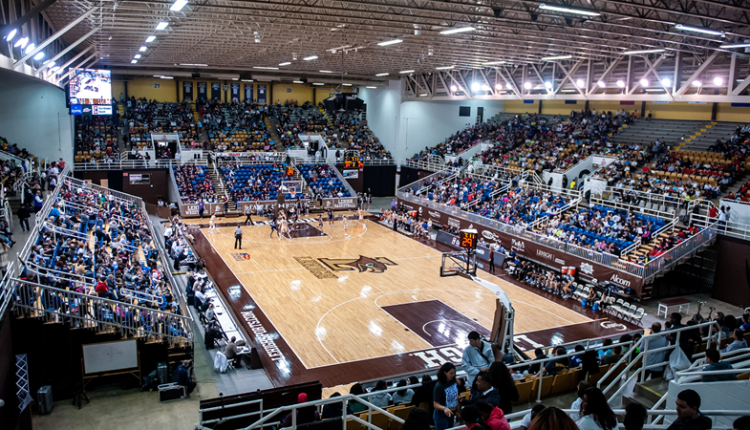 BETHLEHEM, Pennsylvania – The President of the Patriot League endorsed a plan for a basketball schedule for men and women only in the league for the 2020-21 season beginning Saturday, January 2, and was announced on Monday. Playing in the league depends on the league and its member institutions being able to conduct competitions in a way that protects the health and safety of student athletes, coaches, staff and their communities.

In line with the prioritization of health and safety, the 2020-21 timetable format shows a significant reduction in trips and overnight stays. Teams are not allowed to fly to the games. Instead of the league’s traditional double round robin format, teams will play an increased number of games against league opponents in closer geographic proximity.

“We have taken the first step in the planning process for the 2021 Patriot League basketball season for men and women,” said Alison Byerly, president of Lafayette College, chair of the presidential council. “The Council of Presidents places the highest value and priority on league competition and we believe this model is the best way for us to have a safe and successful league season.”

The 10 institutions of the Patriot League are divided into three regional mini-conferences in which the teams play four games against each regional opponent. Additional league games will be played outside of the mini-conferences to complete the regular season schedule of 16 games.

With a few exceptions, schools play against the same opponent on consecutive days, mainly on Saturdays and Sundays, in order to reduce travel and overnight stays.

League institutions, with the exception of the United States Military Academy and the United States Naval Academy, are excluded from participation in non-league competitions this season. Because the Army and Navy are unique in their setting and roles within higher education, their pursuit of competition outside of the league as deemed appropriate by their respective superintendents is permitted.

Eight teams will compete in the Patriot League men’s and women’s basketball championships. The men’s quarter-finals are scheduled for Saturday, March 6th, while the women’s quarter-finals begin on Sunday, March 7th. The men’s and women’s basketball championship games of the Patriot League are scheduled to take place on Sunday, March 14th.

Indoor athletics and swimming and diving

The council approved the postponement of the 2021 Patriot League swimming and diving championship to April 21-24 at Bucknell University. The league will continue to review possible formats for the 2021 Indoor Athletics Championship, currently scheduled to take place February 27-28 at Boston University. A decision will be made in the coming weeks.

In late September, the NCAA announced championship dates and game season parameters for conducting fall sports in the second semester. In the Patriot League, this includes field hockey, soccer, men’s and women’s soccer and volleyball, as well as a championship event in men’s and women’s cross-country skiing. Recognizing the many challenges and uncertainties that remain to be considered for such a competition to take place, the Council of Presidents supported the further planning of competition plans under the following parameters:

In accordance with all plans surrounding the possible return to play, the conduct of competitions in all 24 league sports, including league championships, will be subject to the ability of the league and its member institutions to conduct competitions in a manner that protects student health and safety – athletes and their communities.

ABOUT THE PATRIOT LEAGUE
In its fourth decade of academic and athletic success, the Patriot League continues to demonstrate that student athletes can excel in both academic and athletics without sacrificing high standards. The Patriot League’s athletic success is achieved while its member institutions remain committed to their founding principle of admitting and grading student-athletes who are academically representative of their class. Participation in athletics in institutions of the Patriot League is seen as an important part of a well-rounded education.