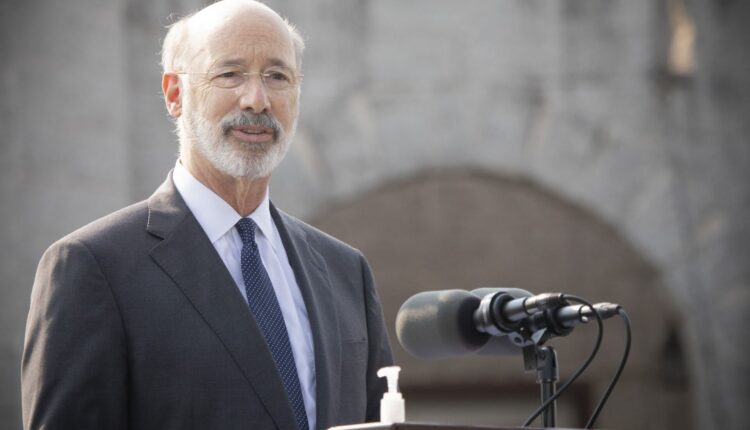 Time is running out on Pennsylvania’s opioid disaster declaration, and the Republican-controlled Legislature isn’t planning an early return to Harrisburg to vote on its renewal or termination — at least not yet.

That’s because Gov. Tom Wolf, a Democrat whose COVID-19 disaster declaration prompted GOP state lawmakers to propose a constitutional change to limit the governor’s emergency powers, still has some control.

Voters approved the constitutional change during this May’s primary election, authorizing language that restricts declarations, to 21 days unless the General Assembly opts for an extension.

Legislative Republicans were quick to terminate the pandemic disaster declaration.

But because Wolf signed the 14th, 90-day renewal of his 2018 opioid declaration before the primary election, the amendment will apply if the governor issues a new extension, House Republican spokesperson Jason Gottesman said.

The most recent declaration will expire on Aug. 5, the Pennsylvania Emergency Management Agency confirmed. Wolf has not indicated plans for an extension, and his office has not responded to repeated requests for comment about a possible renewal.

If the governor signs a renewal, the Legislature could reconvene to approve an extension or termination. Without Legislative action, the declaration expires after 21 days.

As of now, the Senate and House will reconvene on Sept. 20 and 27, respectively.

Jason Thompson, a spokesperson for Senate President Pro Tempore Jake Corman, R-Centre, told the Capital-Star that the upper chamber is waiting to see what the governor does before making any plans to return earlier.

“Even if (the declaration) were to expire, the constitutional amendment does not prevent the governor from issuing a new one if there’s something critical; he just needs to get the approval of the General Assembly to do so,” Thompson said. “That’s not necessarily the end of it.”

Thompson added that Senate leadership is willing to work with the Wolf administration to ensure that resources needed to address the opioid epidemic remain intact.

The Legislature has passed laws that encourage the use of beds in healthcare facilities for detoxification and treatment; require instruction on opioid abuse in schools; establish standards for addiction recovery houses, and regulate the distribution and disposal of medications in response to the crisis.

Preliminary data from the state Department of Health report 4,715 overdose deaths in 2020. That’s a 14 percent increase from the year before. Experts have linked the coronavirus and subsequent mitigation efforts to a nationwide rise in overdoses — citing restricted in-person treatment, a decline in hospital visits, and limited community resources

With a rise in overdose deaths, how is Pa. combating the opioid epidemic?

After the primary election, advocates said they hoped state lawmakers would use their newly expanded power to maintain the opioid disaster declaration. The declaration expands access to naloxone, which treats narcotics overdoses in emergencies. The acting physician general signed an updated order that permits community-based organizations to provide naloxone by mail.

The declaration also limits doctors in the number of opioid prescriptions they can prescribe. It also provides access to medication-assisted treatment programs and established Centers of Excellence — programs that treat Medicaid patients who might not have access to medication-assisted treatment and recovery programs, which are already limited. The order also waived birth certificates to enter into a treatment program.

Cherie Brummans, the executive director of the Philadelphia-based Alliance of Community Service Providers, which provides services to people with mental health conditions, substance use disorders, and intellectual disabilities, said the declaration helps provide stable resources to those in need. That consistency, she added, could be what’s keeping someone sober.

“I’ve seen the fallout, and sometimes, it’s the smallest thing in the world to make sure people survive,” she told the Capital-Star.

Could the Golden Rule sway some vaccine skeptics? A new poll points to yes | Thursday Coffee

When Americans recall their roots, they open up to immigration | Opinion