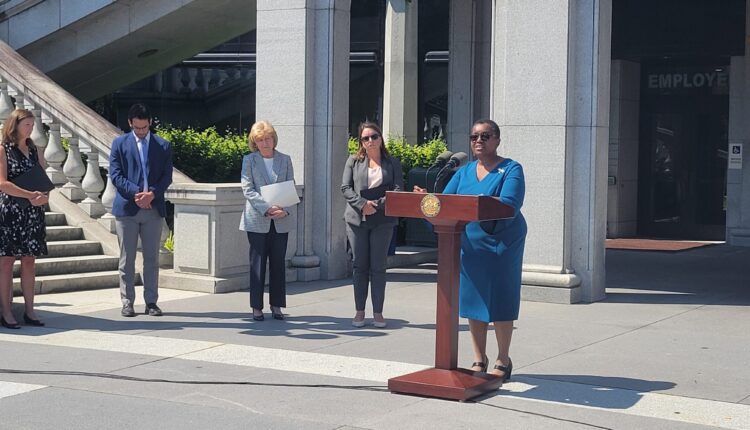 The decision by state officials to opt-in to the American Rescue Plan’s optional Medicaid expansion, increasing the length of coverage from 60 days to one year, comes as the national maternal mortality rate hovers at 17.4 deaths per 100,000 births.

Pennsylvania’s rate is 14 deaths per 100,000 births, according to 2018 Centers for Disease Control and Prevention data.

“This is unacceptable,” acting state Human Services Secretary Meg Snead said at a briefing with reporters Thursday. Snead added that Medicaid benefits, which currently expire 60 days after the end of a pregnancy, are “not enough.”

Medicaid covers about 4 in 10 births nationally and about 3 in 10 in Pennsylvania, according to the state Department of Health.

In addition to covering 30 percent of births in Pennsylvania, Medicaid was the primary payer in about 53 percent of pregnancy-associated deaths.

While Medicaid benefits evaporate 60 days after the end of a pregnancy, 58 percent of pregnancy-associated deaths in Pennsylvania in 2018 occurred between 43 and 365 days postpartum, according to state health data.

“We are in the middle of a maternal health crisis,” state Sen. Judy Schwank, D-Berks, the co-chair of the Senate Women’s Caucus, said Thursday. “Risks don’t go away after 60 days.”

“I am grateful to House leadership for recognizing this and for working with the Women’s Health Caucus to get the message across – birthing people in Pennsylvania need access to care to improve maternal and child health outcomes. I am also grateful that the department recognizes the role they play in improving outcomes and has decided to act. Together we can make improvements for Pennsylvania’s families,” Cephas said.

The extension will take effect beginning April 1, 2022  and will be available for five years as an optional part of the American Rescue Plan.

“I am so grateful that the Biden administration included expanding postpartum Medicaid coverage in the American Rescue Plan,” Pennsylvania Commission for Women Executive Director Moriah Hathaway said. “I know the Governor and his Administration made the right decision to ‘opt-In’ for Pennsylvanians. This action will save lives and help ensure that Pennsylvania families have healthy moms and babies from the start. The Pennsylvania Commission for Women will continue to advocate for quality and affordable health care for women across the commonwealth.”

The Department of Human Services confirmed in a statement Thursday that a formal declaration of intent to expand the postpartum coverage period will be sent to the federal government “once guidance is issued to states from the Centers for Medicare and Medicaid Services.”

KHN’s ‘What the Health?’: Delta Blues