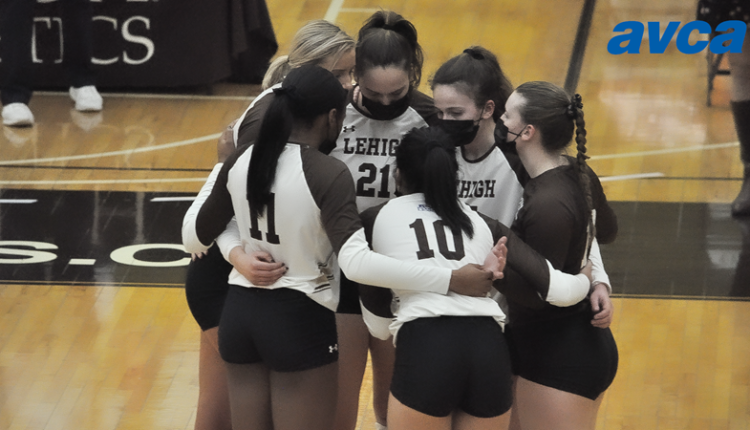 LEXINGTON, Ky. – The Lehigh volleyball program received an AVCA Academic Team Award for the seventh time in eight years when the association announced the 2020-21 list on Monday afternoon. This is the third year in a row that the Mountain Hawks have been on the list.

Lehigh joins 1,275 other college and high school programs on the awards list for the year, including a new record of 243 Division I teams.

Launched in the 1992-93 academic year, the award honors volleyball teams that maintain a one-year grade point average of 3.30 on a 4.0 scale.

Graduated middle blocker Claire Nagelhout was honored for the first time after this past season in the Academic All-Patriot League and became the eleventh Mountain Hawk in a row to receive that honor from the 2011 season.

As a program, the Mountain Hawks maintained a cumulative GPA of 3.54 in Spring 2021.