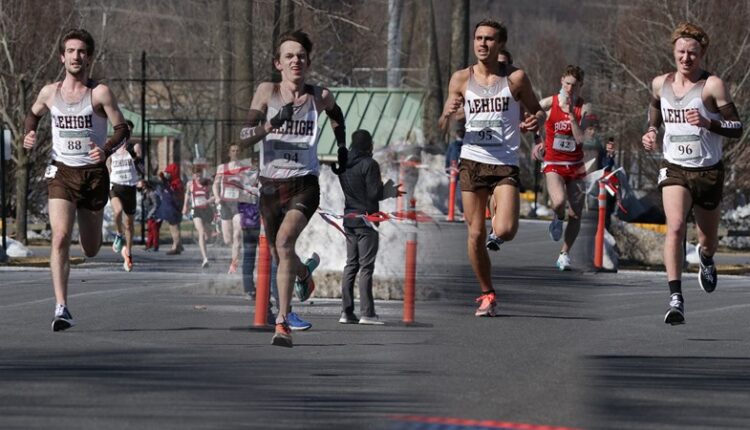 BETHLEHEM, PA. – On a cold and windy afternoon on the Goodman Campus, the Lehigh Men’s Cross Country Team finished fifth in the Patriot League Championships. Lehigh’s score of 109 followed Bucknell’s score of 86 in fourth place. Army West Point won the fourth title in a row with 41 points.

In a unique season like this year, nobody knew what to expect from today’s race. With limited training in the past two months, the Mountain Hawks felt they had a good shot and by the first half of the race they had it done. As the race progressed to the last mile, the top runners in the field quickly stepped on the gas and separated from the field.

When the gun rang, Lehigh’s top four runners jumped ahead and wanted to stick with the leaders. Michael Mitchell, Connor Melko, Brad DeMassa, and Nick Norton paced up and down all day. Mitchell and Melko dated the longest with the leaders when Mitchell, Melko and DeMassa stayed in the top 12 mid-race. On the third lap on the road, Melko and DeMassa overtook Mitchell for the first two Lehigh places. At the end of the race’s halftime, Lehigh had three runners in the top 15.

From the third round of the race over four and a half laps, the top 15 players closed a large gap to the middle class runners. Norton could not keep up his pace and was eliminated from the top runners at the beginning of the third round. In the last lap of the road race, the top runners took off and could not be caught. DeMassa overtook Melko for the Lehigh top spot and crossed the line in 15th place with a time of 22: 35.10. DeMassa only missed out on becoming All-League by four and a half seconds.

2021 results of the men’s championship