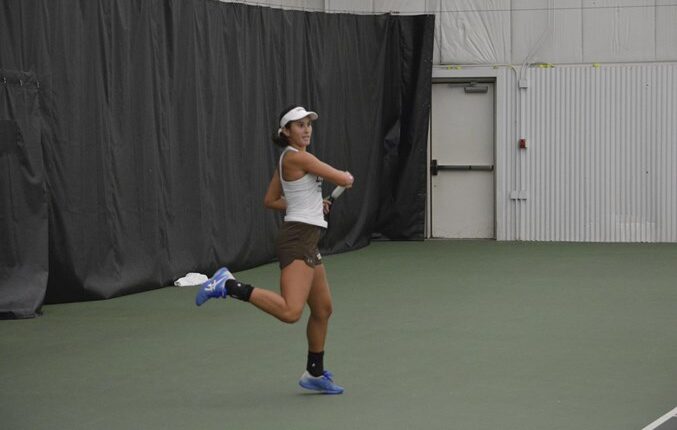 BETHLEHEM, PA. – The Lehigh Women’s Tennis Team is BACK! Yes, the Mountain Hawks are returning to the Lewis Indoor Tennis Center for the Fairfield Stags at 12:00 noon. The opening game on Saturday marks 360 days after the last competition between Lehigh and an opponent. Saturday’s game against the deer is the first meeting between the two schools.

The Mountain Hawks have had a season that cut their season by 6-6. Last year’s team started the season with a 5-2 mark, the fastest the team had achieved with 5 wins in over 15 years. Lehigh won early against Saint Francis, Siena and Marist and later against Duquesne, Stony Brooke and St. Thomas Aquinas.

Lehigh is giving back four of his top five players from last year’s team as veteran leaders Chasey Zhong and Paula Gonzalez try to run the Mountain Hawks this year. Gonzalez, who finished second in singles last year, posted a 6-5 record while Zhong took an impressive 7-1 mark in fourth. The brown and white will also look for big strides from sophomores Junmoke James and Ella Imhof. Both players gained valuable experience in third and fourth places last year. James has put together five wins compared to Imhof’s four this season.

Gonzalez met 2020 graduate Sibel Can in doubles. The duo achieved an impressive 7-3 record in first place in the doubles last year. Gonzalez will be looking for a new partner for this year’s season. James and Imhof went as a couple with 5-6 to second place in doubles last year.

Saturday’s game is also the first for the Stags of Fairfield. Fairfield went 3-8 against Providence, Rider and Sacred Heart in the 2020 season. The Stags return their top player from a season ago in Amanda Nowak. The junior reached a 3-6 mark in first place last year. Aina March had a 3-4 record in 3rd place.

Check back on Saturday night to see if Lehigh managed to win the first meeting between the Mountain Hawks and the Stags.