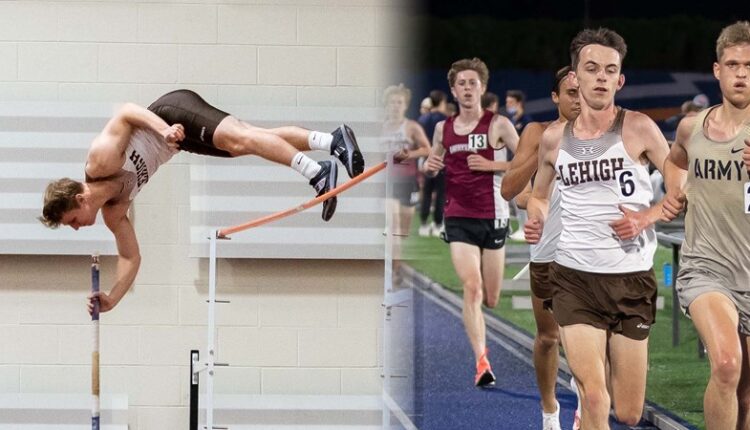 Melko and Reilly named Patriot League Athletes of the Week

“We saw Connor’s commitment every day,” said head coach Matt Utesch. “He’s done great workouts and I don’t think either of us is surprised with the performance on Sunday.”

The newcomer Reilly continued to shine in his rookie campaign on Sunday and took another victory in the pole vault. This time, the Scotch Plains, NY native won by climbing an IC4A qualifying height of 4.90 meters. This was the third weekend in a row that Reilly won the pole vault. The newcomer won the Happy Easter Races (4.70 m) and the Lafayette Invitational (4.65 m).

“Conor was outstanding all year round,” added Utesch. “As a freshman, he leads workouts and influences the upper class. Conor has thrived under the unique circumstances of COVID.”

You can see Melko and Reilly in action at the Lehigh-Lafayette double meeting in Easton on Saturday.