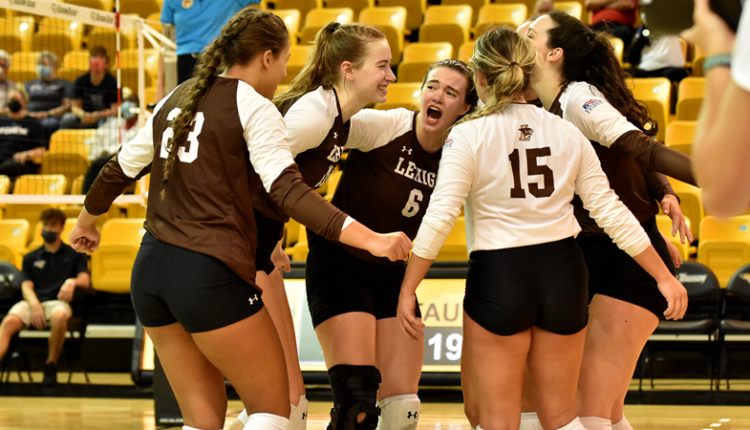 It is noteworthy that in the fifth year Sabrina Lancaster, the senior citizen of the fifth year, registered 10 kills against FAU and thus only became the eleventh player in the program’s history to achieve 1,000 career kills. With 22 kills between the two matches that day, Lancaster ended the weekend with 1,020 kills for their career, good for 10th place on the all-time leaderboard.

The first set of the first game of the day was a fight for Lehigh, who took the lead early with three points in a row. The Mountain Hawks led by up to five points before losing the lead against half the set. Freshman Emily Stewart rattled off two service aces in a row before a Sabrina Lancaster kill gave Lehigh the 25-23 win.

After FAU dominated the third set by winning a 15-2 run at the end and 25-6, the Mountain Hawks fought their way back to a 10-10 tie in the fourth set. Lehigh had drawn two more times in the set before FAU recorded the two-point victory.

Fifth grader Hannah Wright led with 13 kills, while freshman Megan Schulte finished with 12 and Lancaster with 10. Sophomore setter Sarah Burau had 35 assists and 8 digs, while freshman libero Kyleigh Brown was ahead with 11 digs. Stewart was dominant on the net and had a total of six block assists that went along with her seven kills.

Temple won the first set 25:18, as the Mountain Hawks 8: 7 couldn’t get closer to the lead than one point. Lehigh drew within five points late, but the owls held on for the 25:18 win.

At 13-9, the Mountain Hawks faced each other by four and even attempted a draw in the match, but the Owls continued to dominate and took the lead with a 10-4 run 19-17. Six of the next 10 points went in Temple’s favor as it took the 25-21 win and the two-set cushion.

Lehigh held it tight in the third set and fought to the bitter end when a Temple attack mistake forced overtime at 24:24. Both teams traded punches back and fourth until the Owls scored two kills, both from Gem Grimshaw, to replace each other for the three-set sweep and the 28-26 win in the third set.

It was Sabrina Lancaster who led Lehigh with 12 kills, while Hannah Wright had 11, Megan Schulte had 8, and Emily Stewart had 5. Freshman setter Makena Smith bounced back with 31 assists and nine digs, while Ally Thaw spent time as a starting libero, doing a total of 15 digs.

The Mountain Hawks scored .167 for the game with 20 penalties as a team.

Lehigh, who has lost three games in a row, returns to the Leeman-Turner Arena at Grace Hall at 7 p.m. Tuesday night to face Penn. The game will be broadcast live on ESPN +.