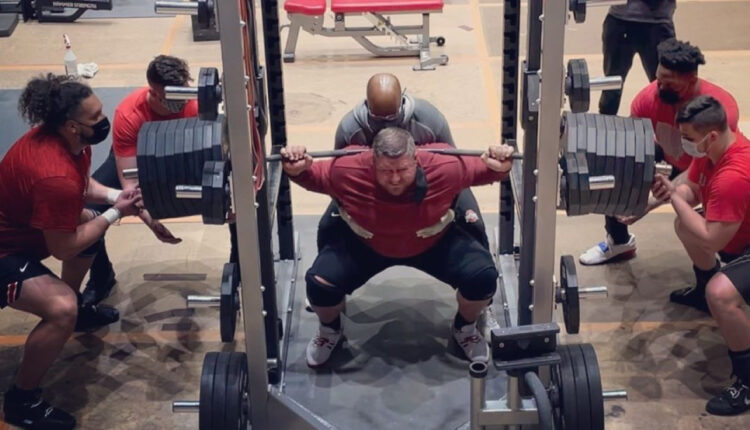 2019 U.S. Olympic and World Champion Joe Kovacs doesn’t mess around in his preparation for the Tokyo Olympics.

At the Ohio State University training facility in Columbus, Ohio, Kovacs lifted and squatted 870 pounds, then did three more reps. That’s nine 45 pound plates on each side of the bar, then four times a 60 pound bar to top it off. He used a Texas sabertooth bench bar for crouching that is thicker and stiffer so the weights don’t wobble and has longer sleeves so he can just do more on plates than a regular 45 pound bar.

Five spotters helped Kovacs while his wife and trainer Ashley, who originally wrote about the lift three days ago, watched nearby.

Kovacs won the 2019 World Cup in Doha, Qatar with a throw of 75 feet, 2 inches. This was the longest litter in 29 years and reached the fourth best mark in history. He also won a silver medal at the 2016 Rio Olympics.

He is currently training in Columbus for the 2021 Tokyo Games.