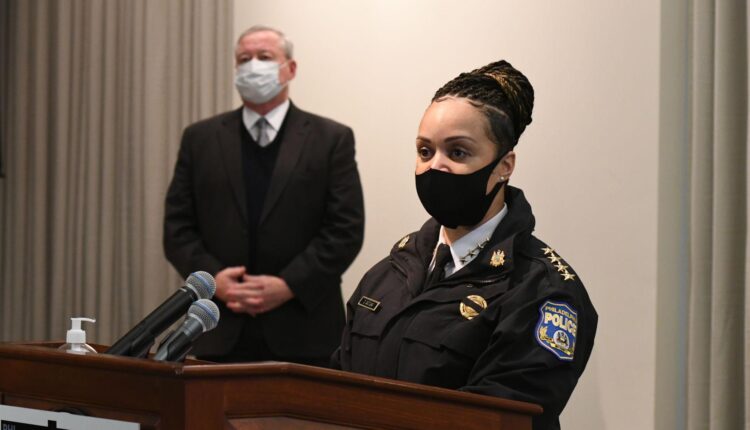 In Philly, violent crimes are down, but Mayor Kenney warns of a ‘long process’ to reduce it

PHILADELPHIA — Violent crime has been trending downward in recent months but killings and shootings remain well above historical levels.

The number of killings reached 322 and the number of victims of shootings hit 1,356, both up 25% compared to the same time last year, according to police. Those rates have fallen from highs of nearly 40% above last year as recently as the end of May.

Chief Inspector James Kelly credited the rise in firearm arrests — 1,617 as of Monday, up 66% compared to the same time last year — along with the arrests of “prolific shooters” for some of the reduction in homicides and shooting victims.

Mayor Jim Kenney said he was encouraged by the downward trends in violence, but cautioned reducing gun violence will be a “long process.”

“This is not mission accomplished,” the mayor said during Wednesday’s virtual update on the city’s gun violence update. “This is a hopeful trend that we can continue to feed and make sure that things go in the right direction. … I don’t want anybody to think this is going to be over soon.”

African Americans are disproportionately the victims of violence, accounting for 82% of homicide victims and 85.5% of shooting victims as of Wednesday, according to police.

The city’s homicide clearance rate — or the number of killings that police solve — stands at 43%, down from 52% compared to the same time last year, according to police.

The police department’s Operation Pinpoint, which focuses extensive violence prevention tactics on a small number of violent hot spots, was showing more success at keeping the violence at bay. In the so-called Pinpoint grids, homicides were up 2 percent and the number of shooting victims was down 8 percent compared to the same time last year, according to police.

Some homicide motives have fallen compared to the same time in 2020, including drugs and arguments, down 12% and 15%, respectively, according to police. The homicide motives of commercial robbery and domestic violence are up 200% and 155%, respectively, compared to the same time last year, according to police.

Police have recovered 3,590 crime guns as of Monday, putting the department on track to haul in 6,123 firearms by year’s end, according to police data. Cops recovered 4,989 crime guns last year.

Officers also were recovering more privately-made handguns, known as ghost guns. They recovered 333 ghost guns as of Monday, up from 250 compared to the same time last year.

The number of homicides has increased every year since Kenney took office in 2016. Violence surged last year during the coronavirus pandemic, hitting a three-decade high of 499.

Last month, Councilmember Jamie Gauthier and City Controller Rebecca Rhynhart called out the mayor for not doing enough to immediately stem the violence. They were backed by other city legislators and community activists. Some lawmakers have not been known to publicly call out Kenney.

Gauthier and Rhynhart also are pressing the mayor for a meeting next week over the city’s violence prevention efforts.

The police department has launched a Youth Advisory Commission to help “bridge that gap” between cops and teenagers, Commissioner Danielle Outlaw said.

The commissioner said the advisory group will give young people direct access to communicate with police as well as herself. Outlaw said there is a “huge disconnect” between police and young people.

“They can also not only provide their lived experience and their perspective, but help us shape and inform policy and even training as far as it relates to our interaction with young people,” Outlaw said.

The commission will work to cultivate young leaders, and focus on police-community relations and a variety of other issues, according to the police department’s website.