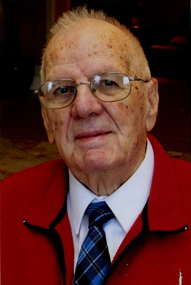 Rev. Otto Dreydoppel, epitomized the living of a good life filled with service to others and loyalty to his wife and family. A lover of travel and playing cards with wife Jean, pinochle, M&Ms, prime rib, mac n’ cheese, and family gatherings, especially when grandchildren were present where he could delight them with his magic.

A retired minister of the Moravian Church, Otto died Saturday July 13, 2013 at home in Lynnwood. Born in Philadelphia to Major Otto and Sophie Dreydoppel, he lost his father during the invasion of Sicily on July 14, 1943 (70 years prior to his own death). A graduate of Moravian College and Theological Seminary in Bethlehem, Penn., Otto married Jean Emily Jackson of Bethlehem in 1950.

In 1984 Otto was appointed as chaplain at the Pennsylvania State Hospital in Allentown, where he served until 1996. During this time he used his expertise in working with native churches to serve as Superintendent of the Labrador Moravian Church from 1987-1990. In 1997 Otto and wife Jean relocated to serve the native church on the Morongo Reservation in Banning, Calif.

Retiring to the Seattle area in 2001 Otto remained active in the Seattle Area Moravian Fellowship and the Edmonds Lutheran Church, preaching and leading Bible study until illness forced him to end his 57-year-long ministry just six weeks prior to his death. A two-year resident of Fairwinds Brighton Court in Lynnwood with his wife Jean, he was active, especially as “rule enforcer” of the pinochle groups of both the church and Brighton Court.

A memorial service will be held at Edmonds Lutheran Church on Saturday, Aug. 10, at 4 p.m. Interment of the ashes will take place at a later date in Bethlehem, Penn.