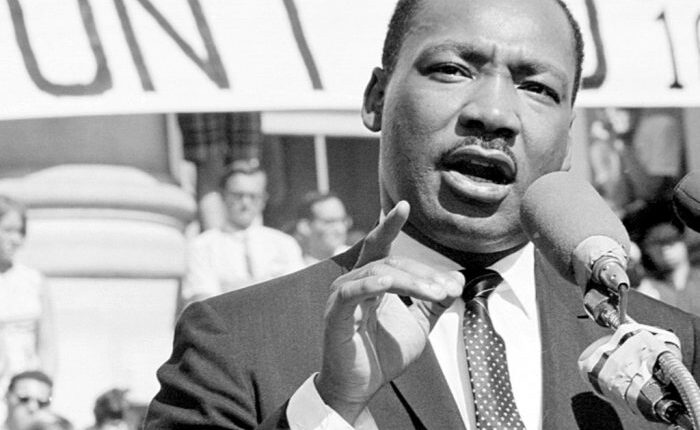 This year marks the sixtieth anniversary of two seminal events in U.S. history. In April 1963, Dr. Martin Luther King Jr. penned his “Letter from a Birmingham Jail” after being arrested for ‘parading without a permit’ during the protest against segregation in that city. In that document he challenged America to face up to the inequities then present in our society with regards to African Americans/Negroes.

“We merely bring to the surface the hidden tension that is already alive. We bring it out in the open, where it can be seen and dealt with. Like a boil that can never be cured so long as it is covered up but must be opened with all its ugliness to the natural medicines of air and light, injustice must be exposed, with all the tension its exposure creates, to the light of human conscience and the air of national opinion before it can be cured.”

He called for the nation to redress injustice and to live up to its founding ideals. That Birmingham letter served as the basis for Dr. King’s remarks given during the August 1963 March on Washington from the steps of the Lincoln Memorial. Not surprisingly, its powerful themes were embedded in the “I Have a Dream” speech. Part of his vision for American included that his children would “one day live in a nation where they will not be judged by the color of their skin but by the content of their character.”

The impact of the Birmingham letter and Washington speech compelled support of President Lyndon Johnson and the subsequent passing of the Civil Rights Act of 1964 and the Voting Rights Act of 1965. With great anticipation of forward progress came disappointment in the inertia and resistance to movement.

In August 1967, Dr. King voiced his “dissatisfaction” in the conference speech, “Where do we go from here.” He pointed out continued inequities in social, education, and economic conditions that had direct adverse impact on African Americans. His proffered solution was to once again expose the offending structures in U.S. society.

Dr. King acknowledged the challenges: “…the road ahead will not always be smooth. There will still be rocky places of frustration and meandering points of bewilderment. There will be inevitable setbacks here and there. There will be those moments when the buoyancy of hope will be transformed into the fatigue of despair. Our dreams will sometimes be shattered, and our ethereal hopes blasted… Difficult and painful as it is, we must walk on in the days ahead with an audacious faith in the future.”

As we begin a new year, our Carlisle community continues America’s quest to embrace Dr. King’s commitment to social, economic, and political justice. This year, our community celebrates its 34th year commemoration of his birthday. On Sunday, Jan. 15 at 4 p.m., we will conduct an ecumenical service hosted by The Meeting House Church. For those who cannot meet together physically, we can celebrate together remotely through the broadcast of the service of praise in word and song.

Over the course of the past weeks, you have seen notices of the Rev. Dr. Martin L. King, Jr. Commemoration with the theme, Remember! Celebrate! Act! Working Together for Equity and Justice. Carlisle community members and organizations will have the opportunity to demonstrate support for ideals rooted in American values.

Students of the Carlisle Area School District have worked diligently on projects to illustrate their interpretation of this year’s theme. Their thoughtful and creative works will be showcased during the commemoration event and available for future viewing.

Dr. King had faith in the future because of the youth who believed in the ideals of America as the inalienable rights of life, liberty, and the pursuit of happiness. He encouraged the young and old to have faith in the face of trials and uncertainty. In King’s words, “Now let me say finally that we have difficulties ahead, but I haven’t despaired. Somehow, I maintain hope in spite of hope… And so, I refuse to despair. I think we’re gonna achieve our freedom because however much America strays away from the ideals of justice, the goal of America is freedom.”

Our commemoration committee invites you to be part of this celebration as we seek to unite our Carlisle Community in truth and love.