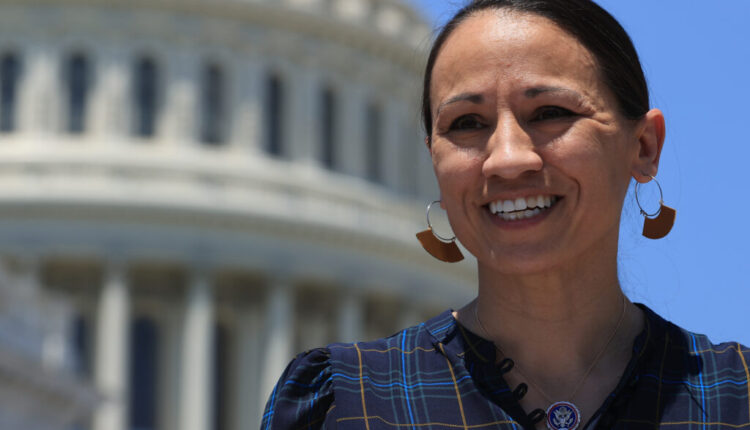 How Congress will attempt the biggest expansion of U.S. social programs since FDR | Analysis

WASHINGTON — The U.S. Senate this week passed a massive bipartisan infrastructure bill and an even larger budget blueprint that would pave the way for historic changes in U.S. health, education, climate and tax policies.

The two measures are roped to each other, reflecting Democrats’ strategy to pass what could be bipartisan with Republicans—and to go it alone on the rest.

The Senate votes represented important steps for that approach—and the Biden administration’s priorities. But getting the packages to President Joe Biden’s desk will still require delicately balancing competing factions among congressional Democrats, who hold slim majorities in both chambers and are unlikely to get further GOP help.

Plus, the strategy is complicated.

Below are questions and answers about what happened last week, what the bills would do if they become law, and what we know about what will happen next.

What does the Senate infrastructure bill do?

It includes record spending for items that have been underfunded for years, but doesn’t dramatically alter a transportation system that’s a major contributor to climate change.

What else did the Senate do before it left for recess?

The Senate approved a budget resolution for fiscal 2022, the federal budget year that begins on Oct. 1. That document serves as a blueprint for how much revenue the federal government expects to take in and how much it expects to spend.

It also opens the door to an ambitious $3.5 trillion package of health, education, climate and social services items much desired by progressives and President Joe Biden, and on a scale not seen since the New Deal.

The budget resolution is not a law—it is not signed by Biden—and instead guides Congress in a spending plan. It was adopted by the Senate, which is split 50-50 between Democrats and Republicans, on a 50-49 party-line vote.

What happens next with the budget?

House Majority Leader Steny Hoyer of Maryland says the House will return from its recess on Aug. 23 and pass the resolution.

What else does the budget resolution include?

The resolution that the Senate adopted includes instructions for what is known as reconciliation. That is a process that operates separately, in a second stage and will be used to pass the social programs Biden wants.

It’s not employed every year but it is useful when Congress wants to move relatively quickly on budget matters. Congress used reconciliation earlier this year to enact the American Rescue Plan.

Those reconciliation instructions make recommendations to 11 Senate committees on legislation that would change laws in their jurisdictions dealing with spending, revenue, deficits or the debt limit.

Why is reconciliation politically important for Democrats?

In the Senate, a reconciliation bill is not subject to the 60-vote filibuster, and that means it requires only a majority vote to pass. Routine legislation usually needs 60 votes to advance.

Why is reconciliation even more important right now?

It’s pretty much the only way Democrats can pass into law the sweeping package Biden has proposed.

The specifics in that $3.5 trillion package will be spelled out by the 12 committees in detail when they write up their reconciliation legislation.

What are some policies likely to be included?

“Every part of Biden’s proposal will be there in a big, robust way. We’re going to all come together to meet that goal,” Senate Majority Leader Chuck Schumer says.

When will the Senate committees start that work?

Schumer says committee chairs will meet weekly with their members through the rest of the month and into September. There is a Sept. 15 deadline, though it’s not ironclad.

But what happens now with the bipartisan infrastructure bill?

House Speaker Nancy Pelosi has said she won’t take up the roads-and-bridges infrastructure bill until the Senate also passes the reconciliation, or “human infrastructure” bill, which now won’t happen until September at the earliest. This has become known as the “two track” approach.

What happens with the reconciliation bill in the meantime?

The Senate Budget Committee, if it follows usual procedures, would wrap together all the policies adopted by the 12 committees into one giant omnibus bill that will be considered by the full Senate. There are limits on debate time and the kinds of amendments senators can try to attach to change it.

Why are there two tracks?

Moderate Democrats in the Senate were adamant that they could work with Republicans on physical infrastructure, long a priority for both parties.

Additionally, Senate rules limit what can be included in a reconciliation bill, requiring some provisions to go through the normal legislative process.

The bipartisan nature of the infrastructure bill resulted in a product that some progressives found inadequate because it left out the “human infrastructure” pieces. The second track, the Democrats-only reconciliation bill, provides a path to their more ambitious goals.

Will all Senate Democrats support the reconciliation bill?

All 50 Senate Democrats voted for the budget resolution that would unlock the reconciliation process, a good sign for Schumer, who predicted all his members would be on board for the final bill.

Keeping them all satisfied will be a challenge, though. Senate Democrats across the political spectrum disagree about the level of spending.

West Virginia’s Joe Manchin said Wednesday he had “serious concerns” about the $3.5 trillion figure, which is down from Vermont independent Bernie Sanders’ initial $6 trillion plan.

Could there be last-minute changes in the Senate?

The reconciliation bill will be subject to a grueling Senate procedure known as “vote-a-rama,” a series of back-to-back votes on amendments proposed by senators, often by members of the minority party trying to score points. This can go on for hours and the votes can be very rapid.

What does the House do with reconciliation?

Like the Senate, the committees in the House will be assigned to make decisions about the policies affecting spending or revenue that should be in the reconciliation bill.

What do House Democrats think about the reconciliation plan?

As in the Senate, members on the moderate end of the House Democratic caucus have voiced concerns about the $3.5 trillion price tag for the partisan reconciliation bill. Nine members in a letter asked Pelosi to take up the bipartisan infrastructure bill first. They underlined their point with a second letter that said they “will not consider” voting for the budget resolution until the bipartisan infrastructure bill is signed into law, the New York Times reported.

That’s unacceptable to about 50 or more House progressives, who are withholding support for the infrastructure bill until the larger spending plan is approved.

What about the debt limit?

Congress must raise or suspend the debt limit, the total amount the federal government is permitted to borrow, before spending reaches that limit or the government will be unable to pay for what it has already committed to.

Democrats are not including debt limit changes in the reconciliation process, even though 47 Senate Republicans have pledged not to support any changes to the debt limit. One of those things will have to change for the U.S. to avoid default.

I was a journalist from Coal Country. This is the Rich Trumka I knew | Mark O’Keefe