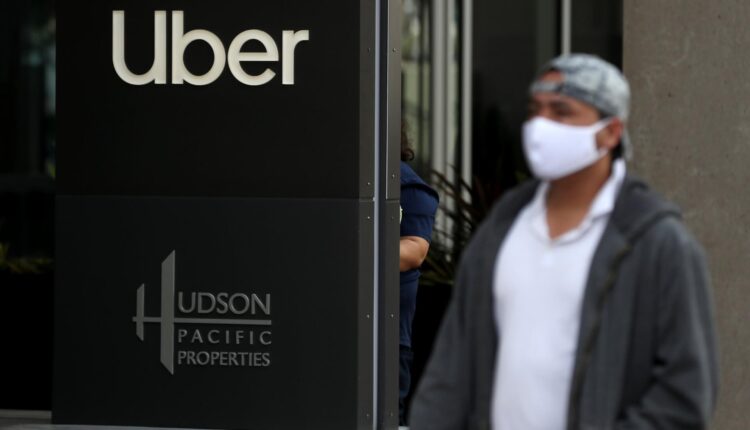 From librarians to Uber drivers: This is the changing face of the Pa. labor movement

Richard Trumka, the former AFL-CIO president who died last month, was the classic example of a union leader.

A native of Greene County, in southwestern Pennsylvania, he was a coal miner before he got a law degree. He led the United Mine Workers, and then joined the leadership of the national labor federation, which includes millions of American workers.

He came to the board in 1995, as organized labor had stagnated, Rutgers University labor historian Francis Ryan told the Capital-Star.

The solution he signed on to? Organize.

Since then, the labor movement has seen success and failure, including an all-time low approval rating of 47 percent of Americans in 2009, according to a Pew Research Center poll. But in the past decade, approval for unions have shot up to 68 percent — the highest since the 1960’s, according to a Pew poll this month.

And from cannabis growers, and  public defenders to  museum tour guides and radio reporters, the types of professions unionizing in Pennsylvania have moved well beyond the coal mines of southwestern Pennsylvania.

“I think this is what made Rich Trumka hopeful as he looked to the future, and it is something shared by others in the labor movement today in Pennsylvania and across the country,” Ryan said in an email.

That point is borne out in federal data. According to the National Labor Relations Board, which oversees private sector labor-management disputes, the five biggest union drives in Pennsylvania over the past two years were in workplaces far different from coal mines or steel mills.

Instead, workers voted to form unions at a hospital, a university and a museum. There also were union pushes among public defenders and workers who care for people with disabilities.

All were successful, adding more than 1,800 union members to the state’s total.

“I think we’re starting to see more of an awareness that labor’s everybody, because everybody’s a worker,” Penn State University labor relations lecturer Valerie Braman told the Capital-Star.

According to federal data, 717,000 workers are union members in Pennsylvania, or 13.5 percent of the state’s workforce. That’s a 1.5 percentage point increase from the state’s low in 2019.

Pennsylvania still has its fair share of industrial labor. In fact, one of the 10 biggest union drives to succeed was at a vehicle manufacturer outside of Williamsport that was organized by the United Steelworkers.

But USW also successfully organized librarians in Pittsburgh’s Carnegie Library system, and Google tech contractors. They’ve also been sinking resources into getting a union for the faculty and graduate students at the University of Pittsburgh in recent years.

Other unions have followed suit. In Philadelphia, it was the United Autoworkers who organized 220-some public defenders into a union early last year.

And the American Federation of State, County, and Municipal Employees, which typically represents public sector workers, has begun organizing knowledge professionals, such as at the Philadelphia Museum of Art.

Maria Somma, an organizer with the Steelworkers, told the Capital-Star that the issues in a librarian or graduate students’ workplace aren’t all that different from a factory workers.

Workplace safety, Somma said, is still an issue. An inspector brought in by the union to a library was shocked by what they described as one of the most unsafe workplaces they’ve seen.

On Labor Day: How to plan a mini-road trip to mark Pennsylvania’s worker history

From exposed wires and tripping hazards to the ladders used to restock books, there were many risks, Somma added.

“Our members in the library were like ‘Wow, we’ve been talking about this stuff. Yeah, we noticed that, but we didn’t know what we could do,’” she said.

The union brought it up with management, which  quickly addressed the issues. But the solution highlights what Somma and others see as the draw of unions for professions that haven’t been organized: a voice in the workplace.

Many educated professionals have realized in recent years that they have no clear path to express concerns, whether its conditions amid the COVID-19 pandemic or professional disagreements on the right books to stock up on, Somma said.

“It’s not as hard as it was 10 years ago, because people understand they can’t do the things they were in fact trained to do in school, in their education,” Somma said. “They were trained under a good model that says this is what you should be doing. But once they get into the work world, they’re not allowed to do it.”

The converse can also get in the way of workers wanting to join a union.

Lauren Lefter, a 31-year-old certified lactation consultant at West Penn Hospital in Pittsburgh, told the Capital-Star she voted no in the ultimately successful union push at her hospital.

She liked her manager, thought she was treated fairly, and was worried that her small, specialized nursing department wouldn’t be looked after in the union without a lot of effort.

However, the vote succeeded, and West Penn organized with the Service Employees International Union. Lefter, who felt a need to speak out for her department, joined the bargaining team.

There, she learned that many of her colleagues with 20 years more of seniority weren’t being paid fairly, even as the hospital brought in nurses from outside Pittsburgh to temporarily work for double the pay.

With the union, she and her almost 700 West Penn colleagues got management to “put their money where their mouth is.”: Their new contract includes hazard pay, and the highest pay scale in their hospital network.

As the U.S. economy continues to shift away from manufacturing into a service economy, the public will have to reevaluate how it views such union drives as West Penn’s, said former organizer Kati Sipp, who now runs a Philadelphia-based consulting firm.

Though union organizing in hospitals and museums doesn’t fit the “white dues who do blue collars work” narrative, Sipp said, as these employers grow, a union at them could be increasingly influential for workers in the surrounding area.

“If people aren’t thinking about those institutions as big employers in this economy,  as they thought about US Steel in the old school economy, then they aren’t going to recognize that healthcare workers organizing is going to make a difference,” Sipp said.

There is also more and more organizing taking place outside of unions, because millions of workers, from maids to Uber drivers, don’t fit into federal labor law.

Some of this is due to systemic racism, Sipp pointed out. The 1935 federal law that allowed workers to legally form unions excluded domestic workers and agricultural workers, who were mostly Black or Latino.

As for gig workers, they fall into a newer hole in America’s labor laws created by changing technology and work norms.

Regardless of the law, these workers are finding ways to organize themselves, Sipp and Penn State’s Braman noted.

In Philadelphia, domestic workers have fought for a bill of rights, which requires any caretakers who work for longer than five hours a week to have a written contract. The city also has approved a law requiring service, retail, and hospitality employers to give ten days advance notice of work schedules.

“Those folks might not ever end up in a union, but they are fighting to change the conditions in the job,” Sipp said.

Getting them into a union would require legal changes. In Congress, debates are ongoing to pass the Protecting the Right to Organize Act, or PRO Act.

It would, among other things, allow gig workers to organize unions, change the definition of independent contractor, and increase penalties for firms that break the law when fighting union drives, such as by retaliating against union leaders.

The law is opposed by business groups and many tech companies, which have  argued it’ll interfere with their ability to run their businesses, and reduce workers’ flexibility.

Given unions increasing popularity, but the comparatively slow growth in union membership, Braman said it was time for change.

“People like the idea and understand that collective voice and collective bargaining are powerful tools and things they’d like to be a part of,” Braman said. “The things that stand in the way of that are the actual procedures — sometimes the law itself.”

Vaccines could affect how the coronavirus evolves. But don’t skip your shot | Opinion