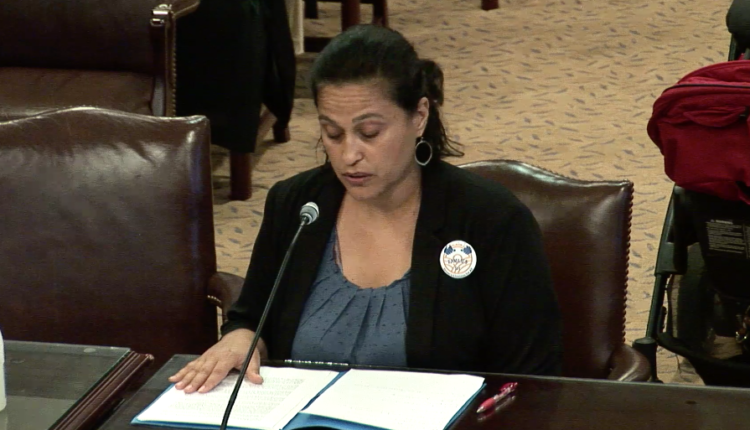 A Republican-controlled House panel held a rare hearing on a Democratic-sponsored bill, which would allow undocumented immigrants to get Pennsylvania  drivers licenses.

The bill, sponsored by Rep. Danilo Burgos, D-Philadelphia, would eliminate a 9/11-era law barring non-citizens from obtaining a license until the state Department of Transportation established their “lawful presence in the United States and this Commonwealth.”

During a House Transportation Committee hearing on Wednesday, advocates said the proposal would make the lives of unlicensed undocumented immigrants easier.

Such everyday activities as scheduling a doctor’s appointment and  renting tools from a hardware store would be easier with a license, said Julissa Morales, a 19-year-old Harrisburg resident with the The Movement of Immigrant Leaders in Pennsylvania, and a daughter of an undocumented immigrant.

The bill also would remove undocumented immigrants fear when interacting with the police.

Morales told the committee that her father was even the victim of crime, but faced difficulties filing a police report because he didn’t have a state-issued ID.

“He even accomplished, as we like to say, his American dream,” Morales said of her father. “He’s a homeowner, he’s a restaurant owner, and most importantly to him, he’s a father. However he risks all of this every time he drives. Our parents risk their lives, risk being detained, being separated just to provide for us.”

If it’s signed into law, the bill would allow undocumented immigrants to get a standard state drivers license with a federal taxpayer identification number.

Undocumented immigrants can request such a number from the Internal Revenue Service by filling out a form and providing the agency with their passport, employer, school and other identifying information.

However, post-Sept. 11 fears of terrorism led the state to tighten the ID laws that year.

Burgos’ proposal would also ban PennDOT from sharing information used to apply for IDs without a court order. If information is released, PennDOT would have to notify the license holder.

That provision comes  in response to a fall 2020 report from advocates that found PennDOT had released driver’s personal information in some cases. PennDOT has  disputed the claim in part.

State Rep. Tim Hennessey, R-Chester, the House panel’s chairman, said he was interested in addressing immigrants’ concerns despite the misinformation floating around on the bill.

Some concerned Pennsylvanians, for example, claimed in messages to Hennessey’s office that the bill would allow undocumented immigrants to vote.

“This is controversial, but I think part of it is trying to eliminate the confusions and, you know, put a damper on the misconceptions about the bill,” Hennessey said.

Immigrants, Hennessey added, “do pay their taxes, they do live peacefully, generally within our state. We have to recognize the contributions that they make.”

While Hennessey expressed interest in addressing the issue, the bill will likely face far more skepticism from his fellow Republicans.

Burgos has obtained the backing of at least two of his Republican colleagues, state Rep. John Hershey, R-Juniata, and state Rep. Chris Quinn, R-Delaware. But other Republicans, including some on the transportation committee, expressed skepticism Wednesday.

“The things that were put in place in 2002 were put in place for a reason, because of what happened on September 11th,” Heffley said. “Thousands of people were killed because we had loopholes in different statuses and people came in here that wanted to hurt us. There are people all over the world that right now would like to do harm to everybody in this country.”

He added that the country’s immigration system was broken, “but they are still the laws until they are adjusted.”

“I agree our federal immigration system needs a lot of work,” replied Muneeba Talukder, an immigration counsel with the American Civil Liberties Union. “Unfortunately that isn’t happening right away. I think Pennsylvanians still need these protections and should not be punished for our federal government not acting.”

Hennessey said the bill would likely need work before a committee vote, and didn’t give a timeline for such a vote.

He also floated a “driving privilege card” — which would be “visually distinct” from drivers licenses, but would certify that an undocumented person was legally able to drive — as a way to potentially win over skeptical colleagues.