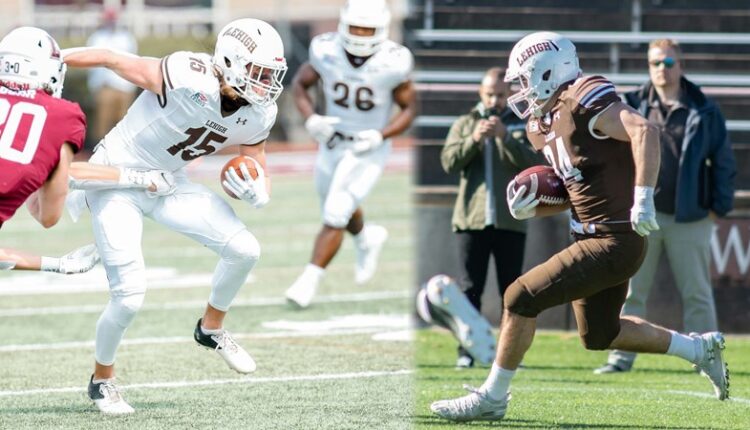 BETHLEHEM, Pennsylvania – Two members of the Lehigh soccer program were called up to join the CoSIDA Academic All-District 2 team Thursday. Linebacker Pete Haffner and wide receiver Austin Dambach were both honored in 2019 and are now receiving the Academic All-District award for the second time in a row. Both Mountain Hawks will now move forward on the ballot for potential All-America academic recognition.

As early as April, Haffner and Dambach represented Lehigh football in the Academic All-Patriot League team for the spring of 2021 season.

Haffner graduated last month with a GPA of 3.68 in a major in Finance. He is a three-time Academic All-Patriot League awardee and a three-year member of the Patriot League’s academic honor roll, with awards pending in 2021. Haffner received a GPA of 4.0 in the fall semester 2020 and was a semi-finalist for the William V. Campbell Trophy, which was awarded to the top scholars of college football.

On the field, Haffner is a two-time second team in the All-Patriot League selection for linebackers. He was team captain last spring, leading Lehigh with 28 tackles in three games while adding three tackles for loss, a sack and a fumble recovery. Haffner has 186 career tackles, 14 tackles for loss, 5.5 sacks and two interceptions in 33 career games. This fall he will be taking part in his fifth year for the Mountain Hawks.

Lehigh’s lead receiver in the spring, despite missing one of his three games, Dambach had eight receptions for 103 yards in two spring competitions, averaging nearly 13 yards per catch. For his career, Dambach has 48 catches for 580 yards and three touchdowns in 22 games.

This marks the sixth straight season that Lehigh has received at least one Football Student-Athlete Academic All-District recognition.