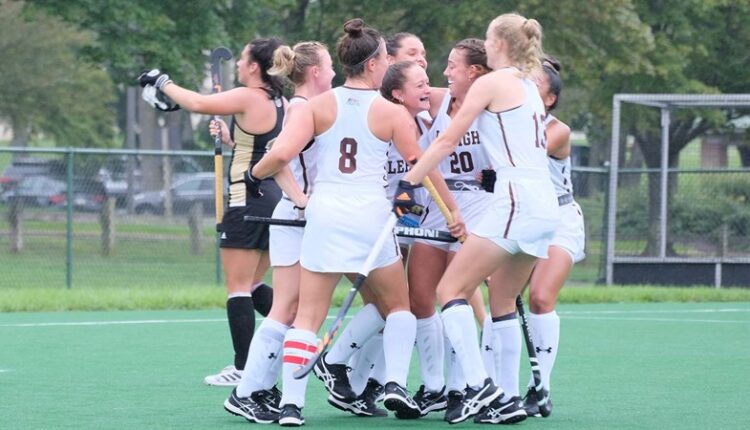 BETHLEHEM, Pennsylvania – With two straight wins, the Lehigh field hockey team is looking to extend its streak this weekend when the Mountain Hawks travel to La Salle on Friday (3pm) before they host Georgetown on Sunday (11am). Both games can be seen live on ESPN +. Lehigh takes home wins in a row – 3-2 against Longwood and 3-1 against Bryant.

Against the Bulldogs, the Mountain Hawks had a dominant 32-5 cross in the shots, including 16-1 in the first half. Bryant was the first to score at 7:13, but Erica Steele’s first goal of her career in 18.

Steele was named Patriot League Defensive Player of the Week on Monday not only for her goal, but also for her contribution to a defensive unit that limited Bryant to just one shot on goal in the first 56+ minutes of play. Junior goalkeeper Maddie Kahn was put to the test in the final minutes, making two saves including a highlight reel stop. Sunday’s win marked Lehigh’s first win over Bryant since 2008.

The story over three games was Lehigh’s offense, which scored three times in each competition and marked the first time since 1975 with 3+ goals in the first three games since 1975. The Mountain Hawks’ nine goals in three competitions are the most since 1984. Seven of Lehigh’s goals have come from a penalty corner (many from the rebound variant), one from play and another from a penalty kick.

La Salle is 2-2 in the young season, falls back at Rider in extra time (3-2), beats Merrimack (3-0) and Bryant (4-0), before beating Drexel (3-2) in extra time ) falls back. Rookie Sofia Pla leads the team on goals (5) and points (10), including two goals against Merrimack and Bryant. Tatum Johnson is not far behind with eight points through six goals and two assists. Grace Ferriolo leads the Explorers with three assists. Ryan Curley played in goal every minute, scoring 1.87 average goals and 82.2 batting average.

La Salle leads the all-time series against Lehigh, 18-15-2, with the Explorers winning the last matchup at Philly with a 3-2 final. La Salle has won a total of five straight wins, with Lehigh’s last win in extra time in 2011 (4-3 win).

Georgetown is 2-1 in the campaign ahead of a showdown on Friday at Rider. The Hoyas started the season beating Appalachian State (3-2) and Sacred Heart (1-0) before losing to LIU (2-1). Ali Cronin leads Georgetown with goals (2) and points (6), while Abby English scored the Hoyas’ other game-winning goal with three assists. Ciara Weets played in goal every minute, recording a GAA of 1.26 and a save percentage of 80.0.

Lehigh leads the series with Georgetown, 11-6. The Mountain Hawks won the last meeting in 2019 at home 3-0, a year after the Hoyas lost 7-1. Lehigh has won twice in a row against Georgetown at home.

After this weekend, Lehigh is looking forward to the start of the Patriot League, which will take place at Boston University on Friday, September 17th at 4:00 p.m.