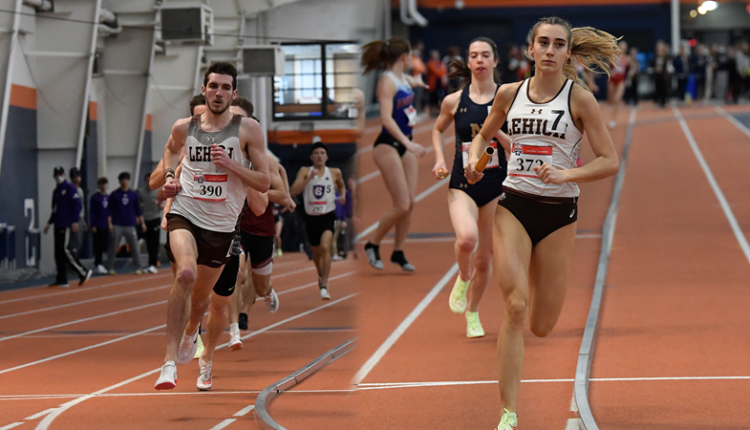 To be eligible for the Academic All-League teams, a student-athlete must have at least a cumulative grade point average of 3.20 and be a key starter or player in their respective sports. First-years or students in their first academic year are not eligible for the honor.

Burke, a computer science and business major, earned a 3.66 cumulative grade point average while maintaining impressive performances on the track. The senior won the 800m (1:50.84), while earning his fourth school record of the year, and was a member of the first-place distance medley relay team at the Patriot League Indoor Championships.

During the indoor season, Burke broke two additional individual school records and was a member of the record-breaking distance medley relay team. At the Villanova Open in Staten Island, NY Burke broke his first-school record of the year in the 1000m (2:24.61). Later in the indoor season, the senior broke the school record in the mile (4:05.00) at the Rutgers Open and was a member of the distance medley relay team that broke a 38 year old record at the Dr. Sander Invitational.

McMillan owns a 3.82 cumulative grade point average in psychology and finished the indoor season with excellent performances. At the Patriot League Championships, the senior was a member of the first-place 4×800 relay team and the second-place distance medley relay team.

In her final indoor season, McMillan finished with solid performances on the track. At the Dr. Sander Invitational, the senior earned a school record of her own this season. McMillan was a member of the distance medley relay team who finished with a new school record time of 11:33.94. She found success in the 800m, earning a PR of 2:12.56 at the Rutgers Open and also the mile, where she finished the Lehigh vs Lafayette Dual Meet with a PR of 5:05.38.

Back to normal? Nothing ever stays the same. We should accept that | Jonathan C. Rothermel