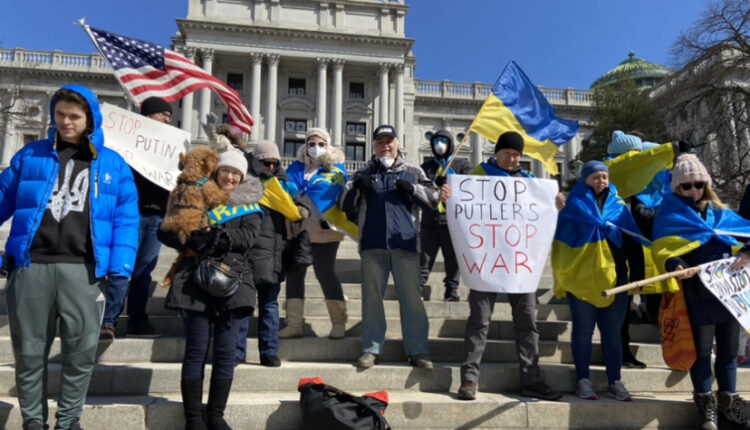 Back to normal? Nothing ever stays the same. We should accept that | Jonathan C. Rothermel

The past two years have been tiresome. And many Americans would like nothing more than a return to normal. It was just over two years ago that life as we knew it ground to a halt as the first cases of coronavirus debuted. Zoom, plexiglass dividers, and masks became fixtures of everyday life.

As if the pandemic was not enough, the flames of misinformation that spread quickly on social media in the aftermath of the 2020 presidential election weakened American democracy.

To this day, a majority of Republicans question the legitimacy of the 2020 presidential election results despite fruitless legal challenges, Republican-led election investigations, or even being confirmed by former President Donald Trump’s own Justice Department. The Jan. 6, 2021, assault on the U.S. Capitol was yet another blow to pandemic weary Americans.

And to top it off, Americans are now watching incredulously as the carnage of Russia’s invasion into Ukraine is broadcast to the world. China, another important and rising geopolitical power, refuses to condemn the invasion. Meanwhile, Americans reminisce about a time when U.S. supremacy was respected and rarely challenged.

It is no wonder that Americans wish that things would go back to normal. But nothing ever stays the same, and instead, we need to confront the new realities and challenges that our nation faces. Whether it be the pandemic, polarization, or Vladimir Putin, there are lessons to be learned amidst our weariness.

First, the COVID-19 pandemic is a wake-up call for the world to prepare for more unconventional threats.

In his book, Theories of International Politics and Zombies, political scientist Daniel Drezner analyzes how international relations theories predict outcomes in the event of a zombie apocalypse.

In his analysis, zombies are metaphors for the growing number of non-state threats such as “terrorist attacks, lethal pandemics, natural disasters, climate change, financial panic, nuclear proliferation, ethnic conflict, global cyber-warfare,” and he calls for more research in understanding these threats.

While the extreme mitigation efforts of the current pandemic are abating, there are numerous discussions and lessons that should be heeded for the next pandemic. In addition, there are adjustments that were made in response to the pandemic that might be worth keeping such as spending more time outdoors, learning to cook at home, or telecommuting.

Former U.S. Defense Secretary Donald Rumsfeld famously characterized some threats we face as a nation as “unknown unknowns.”  Traditional international threats of the past are still relevant (one must look only to Ukraine to be reminded of this), but the current pandemic is a stark reminder that we should also think more broadly about security threats.

Second, training and education in using and relying on social media as a source of information is critically important. The country witnessed firsthand how social media was used to fuel the political divide, and how it facilitated the spread of misinformation that set the stage for the assault on democracy on Jan. 6.

We can also see how misinformation is being used by Russia in its war against Ukraine. For example, to counter Russian propaganda, the State Department put out a fact sheet to set the record straight on historical and political facts that were being twisted to make it appear that Ukraine is the aggressor.

The social media genie cannot be put back in its bottle and disengaging from social media altogether ignores some of the inherent benefits of the information age. Instead, Americans should learn to wield this tool more responsibly.

One poll found that young Americans aged 18-29 are much more likely to get their news from social media (42%) than from news websites or search engines (28%). It will be more important than ever to put resources into media literacy. According to Media Literacy Now, at least 14 states have created laws to require that media literacy be included as part of the public school curriculum or resources for teachers be available to teach it. But more must be done.

Such allegations should be taken seriously. And as President Joe Biden said in his recent State of the Union address, “We must hold social media platforms accountable for the national experiment they’re conducting on our children for profit.”

To that end, a bipartisan bill, the “Nudging Users to Drive Good Experiences on Social Media Act,” was recently introduced by U.S. Sens. Amy Klobuchar,  D-Minn., and Cynthia Lummis, R-Wyo. The bill calls for studies on approaches to slow down – or add friction – to the spread of misinformation to “reduce the harms of algorithmic amplification and social media addiction.”

Finally, the world is changing, and the U.S. must be more intentional about cultivating and sustaining partnerships with our allies abroad. Americans are growing up three to four  generations removed from “the greatest generation.” The American superiority gap is closing and being challenged by countries that do not share the same values and principles as the United States.

According to Freedom House’s latest annual report, the world witnessed the 15th consecutive year of decline in global freedom.

Roughly 75% of the world’s population live in countries that have experienced deteriorations in political rights and civil liberties.

As Russia is finding out today, there are limits to what can be achieved by hard power – as well as repercussions.  Instead, the power of persuasion and attraction (soft power) will be needed to grow and shape multilateral coalitions of like-minded countries that value political, civil, and social rights.

While pining for the ‘good ole days’ might provide some form of escapism, it is unlikely to change one’s current circumstances.  The fact of the matter is that things will never go back to normal, and it is time for us to move on because clearly, we have work to do.

Opinion contributor Jonathan C. Rothermel is a political science professor at Mansfield University of Pennsylvania. His work appears frequently on the Capital-Star’s Commentary Page. Readers may follow him on Twitter @ProfJCR.