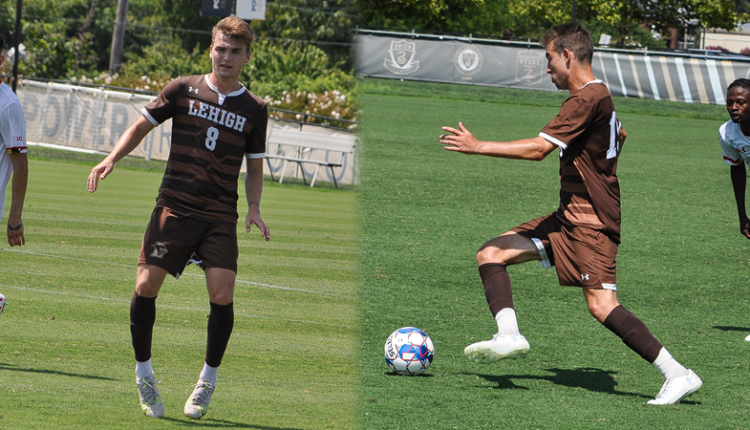 BETHLEHEM, Pennsylvania – The Patriot League announced their preseason awards for the 2021 men’s soccer season on Tuesday afternoon as two members of the Lehigh men’s soccer program received the preseason All-Patriot League team for the coming year. The awards were voted on by the league’s coaches and sports information directors.

For the second year running, fifth-year midfielder Stevo Bednarsky and senior striker Josh Luchini were honored in the preseason All-Patriot League, while the Mountain Hawks finished fifth in 2021.

Bednarsky is a three-time All-Patriot League selection, including an honorary first-team member for the spring 2021 season, and is returning to Lehigh for his fifth and final season. While scoring no points last year, he scored two goals and one assist during the 2019 Mountain Hawks championship run. Bednarsky, two-time co-captain, was named a candidate for the Senior CLASS Award last year and has the opportunity to become a two-time award winner.

Luchini only played three games last season and started two of them, but started his campaign on a bang and scored his second career hat-trick in a 4-1 win over Bucknell. As Third Team All-American and Patriot League Offensive Player of the Year in 2019, he has scored 20 goals and seven assists for 47 points throughout his career at Lehigh.

The Mountain Hawks will kick off the 2021 campaign on Friday, August 27th in Manhattan and receive Vermont on Sunday, August 29th, at the home kick-off at the Ulrich Sports Complex.

Fasting protects mice from infection- do human benefit too?