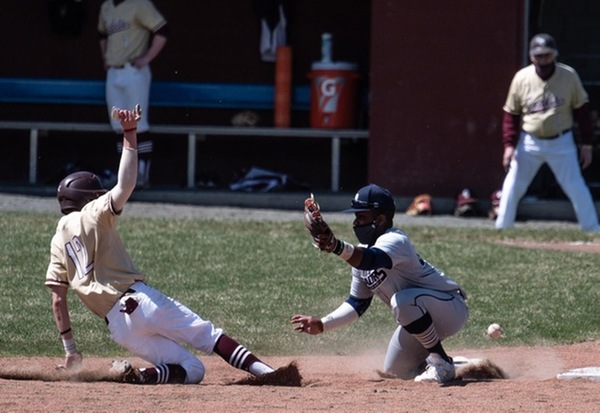 The Cadets defeated the Raiders and scored a 15-1 win in the first game and a 9-3 win in the second. These were the first home baseball competitions for the squad since 2019. Norwich was at no point behind on Saturday.

Senior in the first game CJ Davis (South Berwick, Maine) threw a gem with six innings, allowing only one deserved run with four hits and one step. He fanned out four batters to improve to 1-1 for the season. Fellow Senior Chris Henderson (Stafford, Va.) threw an inning of relief that allowed one hit and hit two.

Offensively, NU ran three runs in the third inning, one in the fourth, four in the fifth and seven in the sixth. Rivier scored his lone run in the top of the fourth inning.

Junior third baseman Hayden Roberge (Middlesex, Vt.) went 3-on-4 on the plate with three runs scored and three RBI while in the second rightfield player PJ Morales (Bakersfield, California) was 2-for-3 with three RBIs and two runs scored.

In the second game junior pitcher Tanner Raymond (Southbury, Conn.) On the way to his first win of the season, he fanned out ten batters over six innings. He allowed three earned runs with seven hits and two walks. student in the first year Timber Russell (Randolph, Vt.) threw a perfect inning of relief in the seventh and threw only 12 pitches.

Roberge picked up where he left off in the first game and went with two doubles, three RBIs and a hit 3 against 4. Morales made another strong performance and left with a double, two RBI and a run 2: 3. Foster and Gehringer collected the other RBIs for the cadets. As a team, Norwich took seven walks in the second game.

McGee did superb defensive behind the plate, catching two runners stealing the second and picking off on third base in the first game. In game two he caught a runner stealing and hit another tee, this time on the second base.

The Cadets improve to 2-2 in the season and 2-2 in the GNAC game, while the Raiders drop to 2-2 in the overall standings and 2-2 in the conference. The teams will meet again on Sunday at Holman Stadium in Nashua, NH. The playing times are set at 1:00 p.m. and 3:00 p.m.