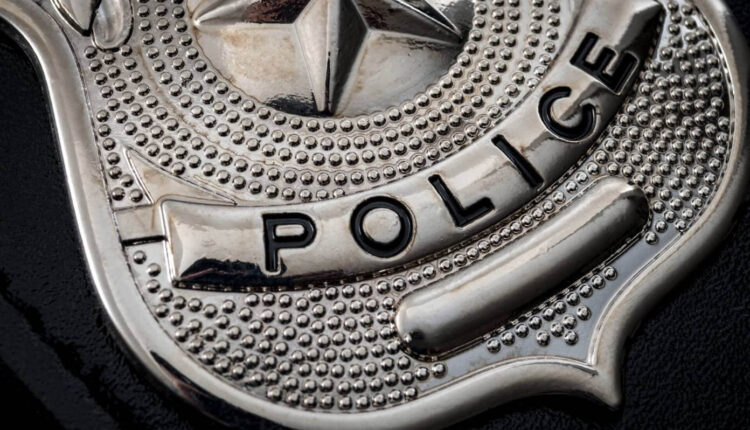 As sure as night follows day, national pundits are reading way too much into a single primary result and are prematurely extrapolating trends that may or may not be developing in Democratic politics.

And they are giving oxygen to weak-kneed party establishment folks, nationally and in Maryland, who are already convinced that Democrats are too far out in left field on a host of issues, especially police reform, and warn of dire political consequences in 2022.

Yes, Eric Adams, the Brooklyn borough president, won the recent Democratic primary for mayor in New York City in part by talking tough on crime. He’ll almost certainly be elected in November. But this hardly represents some stunning turnaround for the socialist-leaning voters of Gomorrah, as the media are portraying it.

New Yorkers, with The New York Post, the dead-tree precursor to Fox News for the past four and a half decades, as chief provocateur, have long responded approvingly to “lock ’em up” candidates. How quickly we forget Rudy Giuliani, who was the tough on squeegeemen mayor before he was “America’s mayor,” post 9/11.

And before Giuliani, there was Ed Koch, a dovish congressman from some of the most liberal precincts of the city, who in the summer of 1977 — the summer of “Son of Sam,” the big blackout and ritual burnings of abandoned tenements by greedy slumlords — suddenly and cynically gained traction in the Democratic primary for mayor by boasting, in barely-coded language, about his support for the death penalty, even though the mayor of New York has zero say over capital punishment. Koch served 12 years in City Hall.

Adams, a retired police captain, did talk tough on crime — and with violent crime rising in New York and most other big U.S. cities, asserted that he had no intention of defunding the police. But Adams also was a vocal advocate for police reforms — citing his own rough treatment by the cops when he was a teenager.

There is little doubt, looking ahead to 2022, that candidates for political office are going to have to talk about the spike in violent crime in big cities, which has so obviously been a byproduct of the desperation and disparities exposed for the umpteenth time by the pandemic. In some places, like in Baltimore, that’s a constant for candidates — and no one has yet managed to eradicate crime and misery.

What’s different this time is that police reforms are starting to be adopted at the state and local level — and may yet be on Capitol Hill.

That’s provided a convenient foil for Republicans and conservative commentators to blame the rise in violent crime not on disintegrating economic conditions and a disappearing social safety net but on policies that have barely even be enacted. As if someone who turns to crime is thinking, “It’s the new use-of-force restrictions on cops that are going into effect in 2023 that’s inspiring me to do this.”

The crisis for Democratic politicians isn’t with the police reform policies. It’s with Republicans and their allies in the media who are so good at finding fault and exploiting fear, boiling down their message to a few slogans or barbed lines.

And so many Democrats, particularly in midterm elections when a Democrat is occupying the White House, take the bait.

The true fight for police reform is in statehouses across the U.S. This is why | Opinion

We’re not even six months into Joe Biden’s presidency, and there are already establishment Democratic politicians and mainstream members of the national commentariat who are moaning that the party is going too far, too fast — on economic policy, on political reform, on addressing the climate crisis, and of course, on policing — and that the most radical elements in the Democratic coalition are holding sway.

That’s Democrats talking about Democrats — doing the Republicans’ job for them.

Which is not to minimize the crime issue. It’s a serious problem that needs to be addressed. A city like Baltimore cannot thrive if the people who live there, work there or might be inclined to visit there do not feel safe.

The Democratic candidates for governor have, by and large, been rushing to the left on most issues. So the elevation of crime as a leading focus of the voters will necessitate a recalibration by many of them.

As a former state’s attorney and state attorney general, is Douglas F. Gansler uniquely positioned to take advantage of this moment? Can he walk the line between being tough and compassionate? Does Tom Perez’s background in the Justice Department bring him any law enforcement cred? When Rushern L. Baker III became Prince George’s County executive, he was met by a dramatic rise in the murder rate. Can he talk about how he coped with that crisis and make inroads with voters now?

Will candidates who are more boldly discussing the root causes of poverty and crime, like Wes Moore and John B. King Jr. and, to a lesser extent, Perez, be able to stay on message without being hectored about punishment, too? And at the other end of the spectrum, where will Peter V.R. Franchot wind up? Not too long ago, the comptroller was advocating a cop in every school — a position that might not be too popular in the more woke Democratic Party he’s been trying to woo. Or is this an opportunity to pivot one more time?

The advisers to Republican frontrunner Kelly M. Schulz, who appears inclined to say as little as possible for as long as possible, must be salivating over the Democrats’ dilemma on crime, and with Gov. Lawrence J. Hogan Jr.’s sloganeers waiting to aid her cause, they surely feel like they have a winning issue.

Maybe they do. But who’s to say where the electorate will be — and where the country will be — on this and a range of other issues a year from now? Haven’t we learned by now that we could be buffeted by a dozen more urgent crises between now and then?

Eric Adams has surely earned his moment in the national spotlight. But reading so much into a single primary result and one man’s victory seems wildly premature at this stage.

Josh Kurtz is a reporter and the founding editor of Maryland Matters, a sibling site of the , where this column first appeared.

Fútbol, Flags and Fun: Getting Creative to Reach Unvaccinated Latinos in Colorado