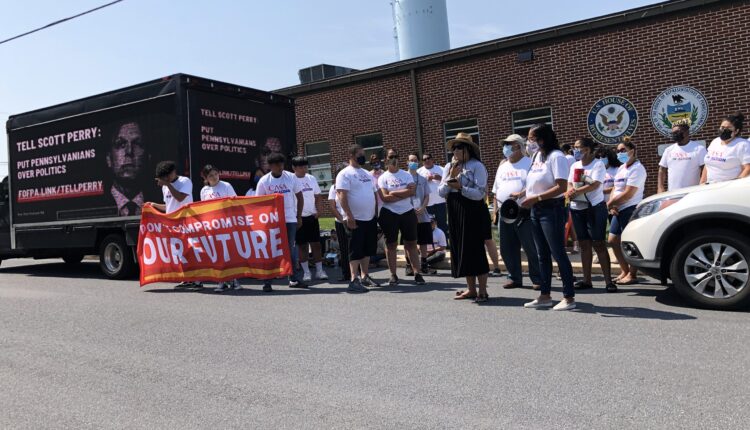 When Democrats in the U.S. House run for re-election in 2022, they’ll be taking the time-honored approach of any party looking to preserve (and maybe even expand) their majority: They’ll be selling voters on what they did, and they’ll be trying to convince them they can do more of it.

And as Congressional Dems pitch actual successes with the American Rescue Plan, and anticipated successes on infrastructure, and the rest of President Joe Biden’s domestic agenda, they’ll be getting help from a small army of supporters. Enter For Our Future PA, the Keystone State branch of a labor-backed, progressive political action committee forged in the heat of the 2016 campaign season, that’s playing a key role in making that pitch to both the Democratic base and to persuadable voters ahead of the 2022 midterms.

The organization’s Pennsylvania state director, Ashley McBride (pictured above left), took a few minutes this week to chat with the Capital-Star about For Our Future’s mission, its outreach to communities of color, and the races and pols it’s targeting in 2022.

The conversation below has been lightly edited for content and clarity. 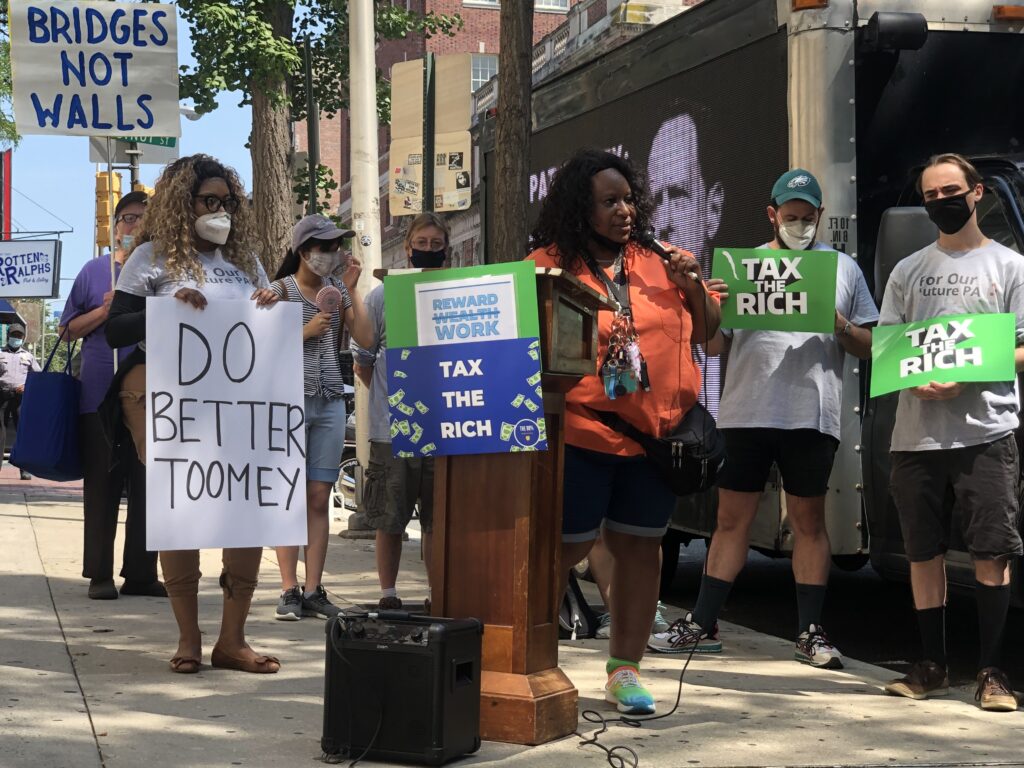 The PAC For Our Future PA holds a press conference outside the office of the Philadelphia office of U.S. Sen. Pat Toomey, R-Pa. (submitted photo)

Q: Thanks for taking the time to chat. For those who don’t know, what is For Our Future, and what is its mission?

Ashley McBride: “We were birthed in 2016, labor came together at that time, to really build something that has a lasting impact. Often … organizations drop in right before an election, they build relationships, and then they leave. We wanted to build something that was lasting, just not descend on a community and leave. We’ve been around since 2016, and we’ve grown since each of those years. We really wanted to start a conversation with voters about what they care about most, and then connect the voters with the candidates that they care about.”

McBride: “In our work, we do a combination of issue advocacy and electoral work …  In 2020, we made over 1.6 million calls, knocked on more than 700,000 doors,  and we did it in a little over five weeks. We have always knocked on doors. But in light of COVID, we wanted to make sure staff and voters were safe. So we did it in late September, and in the 5 1/2 weeks leading up to the election, we knocked on over 700,000 doors.

“We talk to communities across the state. And we make sure we’re intentional about our conversations with communities of color. They were key to helping Joe Biden win this election.

“We did work in the 7th and 8th [Congressional] Districts, which are places where we are excited to continue our work. We’re waiting to see what happens with redistricting. We do a huge concentration of work in the southeast and the collar counties, as well as central Pennsylvania.” 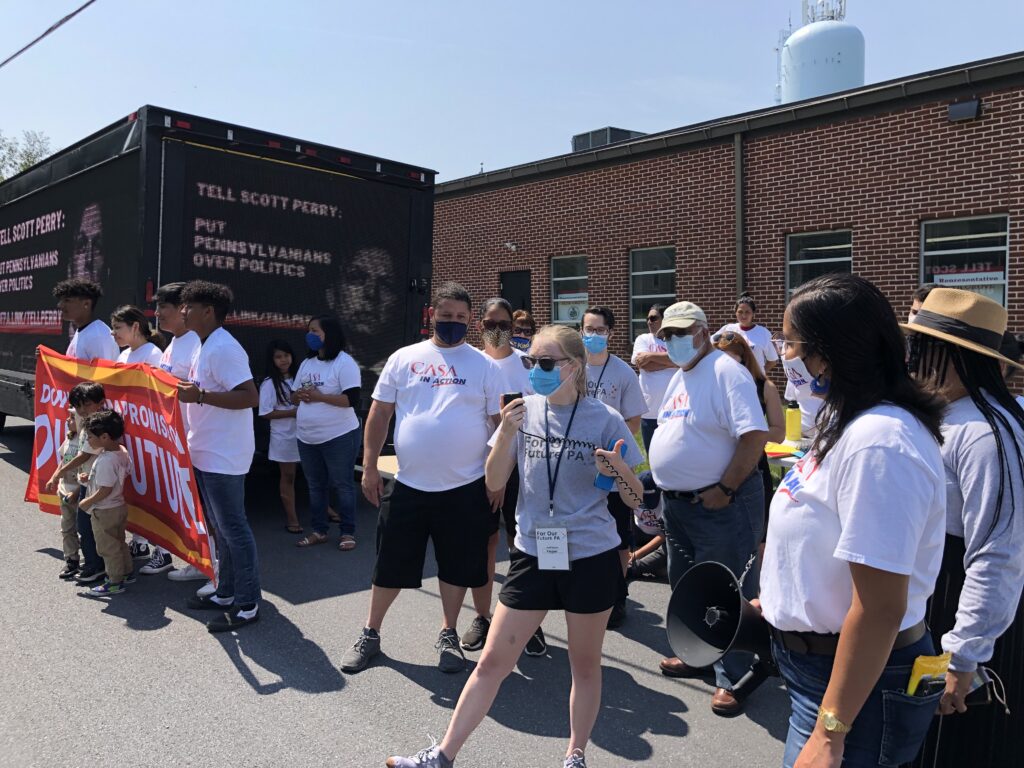 Q: You mentioned redistricting a moment ago. Anything you’re keeping a particular eye on there?

McBride: “We are watching in great anticipation. There have been a lot of conversations about what is happening in W.Pa, with [U.S. Rep. Conor] Lamb’s [17th District] seat. And with him running for the U.S. Senate, we have played out several scenarios. We’re going to have conversations with the voters we’ve built relationships with since 2016. And if [the map] looks different, we will talk about different candidates or different issues. It could open opportunities in areas we have not been in before.”

Q: You mentioned the role that Black voters played in delivering Pennsylvania for Joe Biden. Hispanic voters also are a growing voting bloc. Can you talk about the kinds of conversations you have with them? Are they different?

McBride: “One of the things I’m proudest of, when we run a direct electoral program, we’re grateful to partner with organizations … who are trusted messengers in those communities. So we’ve done work with [the immigrants’ rights groups] CASA and Make the Road. We are intentional in making sure that we’re not excluding communities of color.

“But a lot of the time in this work, people talk about persuasion, and it has taken on a specific identity. We have to talk to all voters across the commonwealth. The conversations are not different. Folks are having a conversation about wanting a job that has a living wage, or have healthcare that is affordable and accessible, or a quality education for their children so they can be competitive.

“We’re not being transactional, and we’re not just talking to someone so we can check off a candidate on a ballot … There’s no denying the impact that COVID has had, but especially how it has impacted communities of color. Sometimes there’s a feeling of being forgotten … I’m on the phone every day with Pennsylvanians who are working 2-3 jobs … just to make ends meet.

“And it’s not that people don’t want to go back to work. They want work that respects their humanity, they want jobs where they have a living wage.” 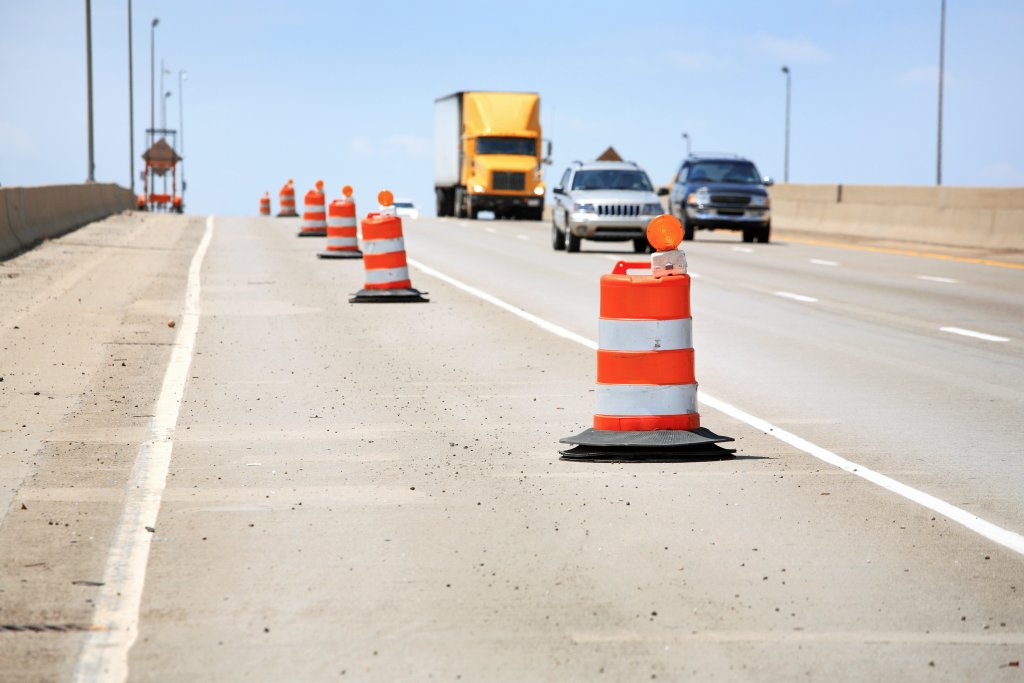 Q: To bring the conversation full-circle, you’ve just launched some digital spots in key states to tout the importance of the bipartisan infrastructure plan. What’s the key to the messaging there?

McBride: “We’ve partnered with [the pro-Biden nonprofit] Building Back Together to really make sure that we are lifting up this administration’s commitment to making it right for people across Pennsylvania.

“When we talk about infrastructure, we can talk about roads and bridges. But it is about investing in people and their lives. The digital buy is to make sure that message is going far and wide across the commonwealth. Oftentimes, we talk to people, and they voted, and they don’t know why. We want to make sure they know that their voice makes a difference, and that they are educated on what’s going on in Washington D.C.

“It is really making sure that people are aware of the statewide campaign and to stand with the administration to build back better. This is not something that is out of reach or impossible to do. We really can do this.

“We’re also doing negative accountability campaigns … And we are applying this pressure to elected officials who have refused to do right by our people. [U.S. Sen. Pat] Toomey and Congressman[Scott] Perry, they don’t just represent the 1 percent, they represent everyone. And we’re making sure their priorities align with real Pennsylvanians.”

The U.S. Census Bureau dropped its long-awaited population and demographic data on Thursday. Cassie Miller has your four, key takeaways on the data, which will be used to redraw the Keystone State’s Congressional and legislative maps.

With $370 million in federal COVID-19 relief money burning a hole in his pocket, Gov. Tom Wolf is looking to use the money to incentivize vaccine skeptics to finally get the jab, Stephen Caruso reports.

The unions representing state workers in Pennsylvania have faced a choice in dealing with Gov. Tom Wolf’s new policy ordering tens of thousands of state employees to get vaccinated against COVID-19 or undergo weekly tests: To bargain, or to sue? Caruso has the details there, too.

In our mad, polarized, COVID surge summer, it’s easy to get overwhelmed by the tidal waves of bad news. But, the only way out is through, I write in a new column.

On our Commentary Page this morning, columnist Trish Zornio, of our sibling site Colorado Newsline, asks an impertinent, but utterly necessary question: Should the unvaccinated be denied health care? And a Holy Cross College scholar explains how Native students fought back against abuse and assimilation at Carlisle’s Indian boarding school. 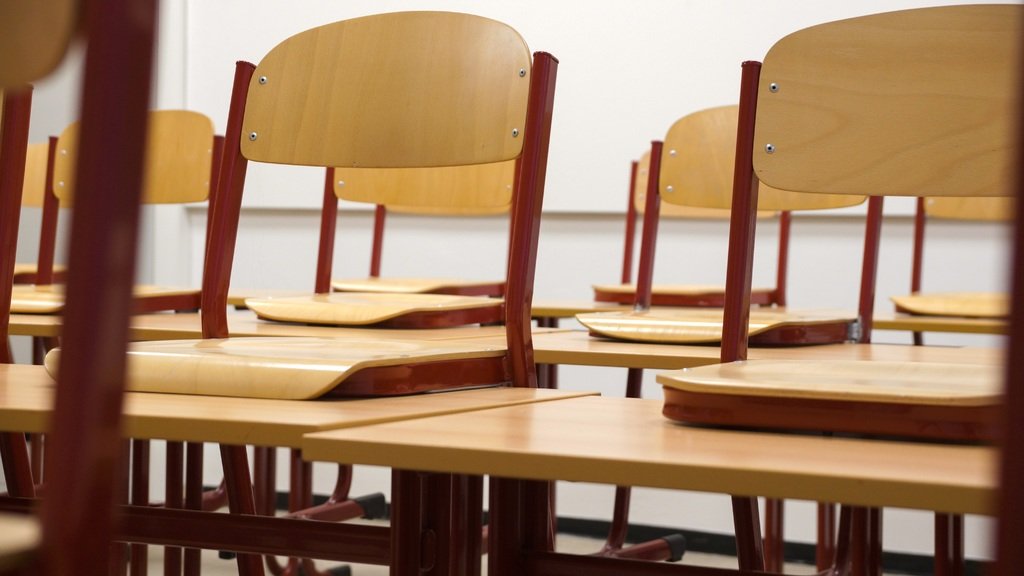 Some Pennsylvania state university faculty say they think politics are at play in the schools’ refusal to impose a vaccine mandate, the Inquirer reports.

Allegheny County’s population grew by 2.2. percent in the new round of Census data, the Post-Gazette reports.

PennLive rounds up the latest in new housing development construction around the region (paywall).

Protesters have lined up in opposition to PennMedicine’s vaccine mandate, LancasterOnline reports (paywall).

Advocates are declaring a partial victory now that York County Prison no longer has any ICE detainees, WHYY-FM reports.

Pennsylvania’s soon-to-be vacant U.S. Senate seat again tops CNN’s list of those most likely to flip in 2022 (via PoliticsPA).

What Goes On (Nakedly Political Edition)
Philadelphia City Councilmember Mark Squilla holds his annual ‘Summer Down the Shore‘ fundraiser at Keenan’s Pub in North Wildwood, N.J., at 7 p.m. tonight. Admission runs from a mere $30 for ‘boogie boarders,’ to $5,000 for ‘yacht’ level donors.

Friday’s Gratuitous Baseball Link
Yes, it was a gimmick, but that makes it no less charming: The Chicago White Sox (whose legendary ‘Shoeless’ Joe Jackson figured prominently in the original film) topped the New York Yankees 9-8 in Thursday night’s ‘Field of Dreams’ game in Iowa. They built it. They came. And they’re doing it again next season.