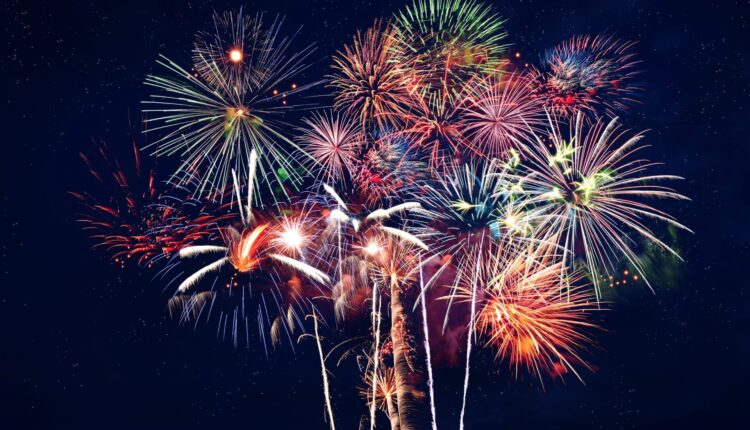 After telling constituents to ‘get over it,’ GOP senator proposes changing Pa. fireworks law

The author of Pennsylvania’s fireworks law has accused local authorities of trying to “pass the buck” instead of enforcing the law — arguing that it’s as simple as mandating traffic laws.

Sen. Gene Yaw, R-Lycoming, had a clear message to those who wanted to repeal the law: “Get over it.”

But less than a month since telling everyone to move on, the GOP lawmaker is open to change.

And according to a Tuesday memo asking colleagues for support, Yaw plans to propose modifications to the 2017 legislation that legalized the sale and use of fireworks for people 18 and older in Pennsylvania.

Yaw did not respond to a request for comment about what prompted the shift.

According to the memo, Yaw wants to provide guidance to local governments on “reasonable controls” for fireworks, implement time constraints on discharging fireworks, and increase criminal penalties for violating the law.

Earlier this month, Yaw said he would support increased penalties for violating the existing law — which prohibits the use of fireworks on any property without the owner’s permission; from inside a car or building; toward a vehicle, home, or person; or within 150 feet of a home or office building.

Yaw also has claimed that “not one” municipality or community group has discussed their concerns with commercial fireworks, “which are extremely popular in Pennsylvania,” he said.

However, municipal leaders and residents across the state have called for reform.

They’ve also formed the Pennsylvania Communities Against Fireworks Group. With more than 300 members in Blair, Lehigh, Bucks, Chester, Erie, Lancaster, Luzerne, Philadelphia, and Westmoreland counties, the group wants consumer fireworks to be illegal — except for scheduled and permitted professional displays.

Since the sale and use of consumer fireworks became legal, residents have taken advantage of them. Pennsylvania has also seen an increase in fires and noise complaints.

The most recent Independence Day weekend saw a series of fireworks-related incidents. When a firework landed on a back porch, a Luzerne County family lost their home. Fireworks also caused a fire that killed a child in York County and a firefighter in Montgomery County.

In April, a Lycoming County home caught fire; investigators believe fireworks were the cause.

“Too many of our residents are getting hurt and even killed,” she said in a statement, which came one year after she introduced legislation that would let municipalities regulate fireworks. The bill never moved out of the Senate Agriculture and Rural Affairs Committee.

The Senate panel’s chairman, Sen. Elder Vogel, R-Beaver, sponsored legislation in 2015 to legalize the sale and use of consumer fireworks, calling it a “common sense” proposal.

Vogel’s district is also home to two of the country’s largest fireworks production companies, Zambelli Fireworks and Pyrotecnico. The companies are headquartered in New Castle, Lawrence County — which has been dubbed the “Fireworks Capital of America.”

Rep. Peter Schweyer, D-Lehigh, proposed legislation in March that would repeal the 2017 fireworks law. Schweyer, who voted in favor of the 2017 legislation, said he proposed the repeal in response to community concerns.

The 2017 legislation intended to create a revenue source for the state and let Pennsylvanians use “more powerful fireworks.” But the law resulted in irresponsible use, Schweyer wrote in a memo.

Thirty-one lawmakers have signed on as co-sponsors, including GOP member Rep. Tim Hennessey, R-Chester, but it has not left the House Agriculture and Rural Affairs Committee.