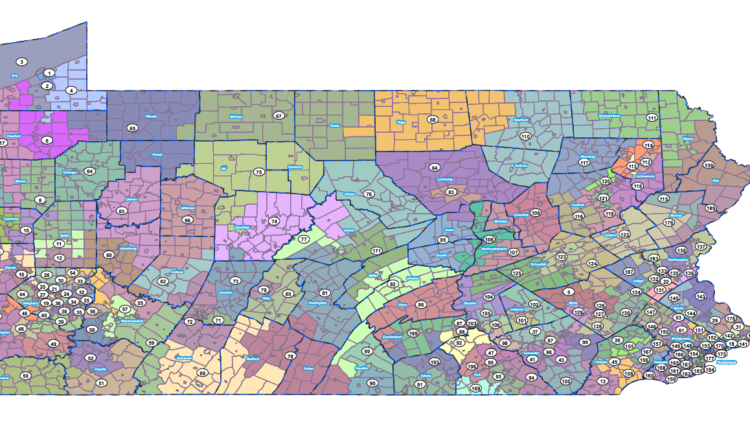 If you were watching or in attendance at the Legislative Reapportionment Commission’s first public comment hearing Tuesday evening, you may have heard Salewa Ogunmefun testify about the need for the commission to seek “meaningful input” from Pennsylvania’s most diverse communities in regard to the legislative redistricting process.

Ogunmefun, who is executive director of Pennsylvania Voice, a statewide network of organizations that aim to increase civic engagement, access and representation in Pennsylvania, spoke to the Capital-Star about redistricting efforts.

While others have lauded this year’s efforts to redraw the maps as more transparent than previous attempts, Ogunmefun told the Capital-Star Tuesday that public hearings aren’t enough.

“I think there’s a lot more that they [the LRC] could be doing,” Ogunmefun said, adding that the existence of public hearings doesn’t mean the process is transparent for all.

“It’s easy to translate that as transparent,” Ogunmefun said, noting that without more advance notice of the hearings, and more outreach efforts, people in communities of interests – such as BIPOC communities – won’t be heard.

This isn’t the first time the topic of transparency has come up, either.

During a hearing of the House State Government Committee last month, calls for increased transparency were echoed by experts and advocates alike.

“This time, voters are demanding transparency and more,” Jean Handley of Fair Districts PA told the committee then.

Ogunmefun shared five recommendations for the LRC that she believes would improve the redistricting process for Pennsylvania’s diverse communities:

Currently, 2020 Census redistricting data is scheduled to arrive by Sept. 30.

This, Ogunmefun said, leaves plenty of time for the commission to bring Pennsylvania’s diverse communities into the dialogue.

“We have so much more time,” Ogunmefun said. “We should have the opportunity to engage in this process.”

An SEIU activist rallies for a $15/hr. minimum wage, which was one of the policies that F&M researchers polled in their most recent public opinion survey. (Stephen Melkisethian/Flickr Commons)

Amid inflation and staffing shortages, is now the time for Pa.’s minimum wage to increase? PLCA Intern Lindsay Weber has the story.

The latest from The Philadelphia Inquirer: Can bosses insist you get a COVID vaccine? Yes, but with caveats

Wegmans, a New York-based grocery store change with 18 stores in Pennsylvania is asking all customers to wear a mask, PennLive reports.

Downtown Erie gets two new sculptures, according to GoErie.com, via Erie Times-News.

The House Democratic Policy Committee will meet at 9 a.m. at the Bayfront Convention Center in Erie Wednesday to discuss the economic impact of local breweries, distilleries and wineries.

Heavy Rotation
Released in 1977, Fleetwood Mac’s “Dreams” has seen a revival thanks to TikTok.