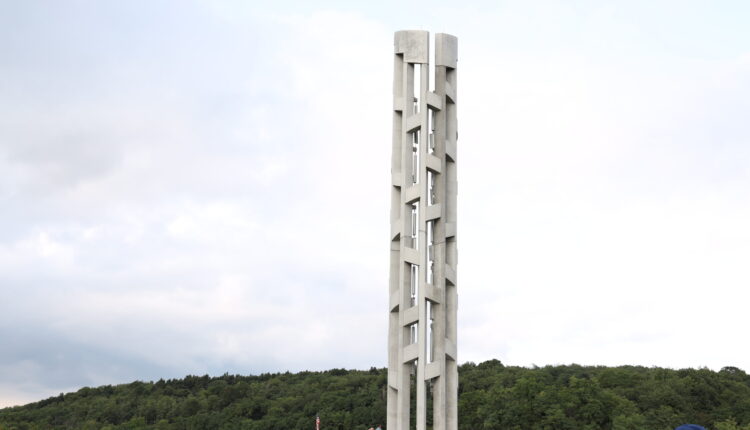 9/11 20th Anniversary: How will you honor their memory? | Charles D. Allen

This Saturday marks the 20th observance of Patriots Day as the National Day of Service and Remembrance, following the terrorist attacks of Sept, 11, 2001.

On that day, nearly 3,000 people were killed at the World Trade Center in New York City, at the Pentagon, and in a field in Shanksville, Pa.

The victims were not only those in the planes and buildings targeted for attack; they included first responders from police and fire departments.

Crisis response and emergency medical teams also answered the call of service to others in that time of chaos. The diverse collections of first responders did not care about the nationality, ethnic background, race, or religion of those in need. In fact, 372 non-Americans from more than 90 countries perished in those 9-11 attacks.

The Oxford Dictionary defines “patriot” as “A person who vigorously supports their country and is prepared to defend it against enemies or detractors.”

To be a patriot requires the understanding that our country—The United States of America—has its founding principles clearly presented in the preambles of two documents.

From the Declaration of Independence: “We hold these truths to be self-evident, that all men are created equal, that they are endowed, by their Creator, with certain unalienable Rights, that among these are Life, Liberty, and the pursuit of Happiness.”

And the U.S. Constitution begins, “We the People of the United States, in Order to form a more perfect Union, establish Justice, insure domestic Tranquility, provide for the common defence, promote the general Welfare, and secure the Blessings of Liberty to ourselves and our Posterity, do ordain and establish this Constitution for the United States of America.”

A true American patriot embraces the values of our nation, which are based on “unalienable Rights” of individuals, irrespective of their origins. A patriot seeks “Justice” in accord with the rule of law and strives for the “general Welfare” of those who pursue Life, Liberty, and Happiness in our society.

As I contemplated events of this year, from January through August, I have seen and heard of many who claim to be patriots. With the pandemic and the still unfolding consequences of COVID-19 and its variants on the American population, the US military has been there from the beginning to facilitate the development, production and distribution of the medical response.

In August, U.S. servicemembers, when called, rushed “towards the sound of chaos” for the non-combatant evacuation operations (NEO) of over 120,000 people from Afghanistan.  A look at the names and the faces of the 13 service members who fell performing a duty our nation asked of them, reminds us of the diversity of those who serve at home and in foreign lands.

Americans have endured seasons of wildfires, floods, tornadoes, and hurricanes (notably Katrina and now Ida) over the years since 9-11. Gratefully, we are witness to true patriotism displayed by first responders as well as members of the U.S. military (active and reserve components with members of the state National Guard) as they provide defense support to civilian authorities.

Across our nation, we have compelling examples of patriots, who without official titles or credentials, are integral to search and rescue operations during natural disasters and essential to recovery operations. Regardless of their state affiliation, American citizens or not, they are vigorously supporting those in need and are prepared to defend our country.

Throughout the land, we will pause for moments of silence this Sept 11.

In remembering the victims of that horrific day, consider how you will be a “patriot” and, through your service to others, enact the values upon which our nation was founded.

Opinion contributor Col. Charles D. Allen (U.S. Army, ret’d) is a professor of Leadership and Cultural Studies in the School of Strategic Land Power at the U.S. Army War College in Carlisle, Pa. His work appears frequently on the Capital-Star’s Commentary Page.