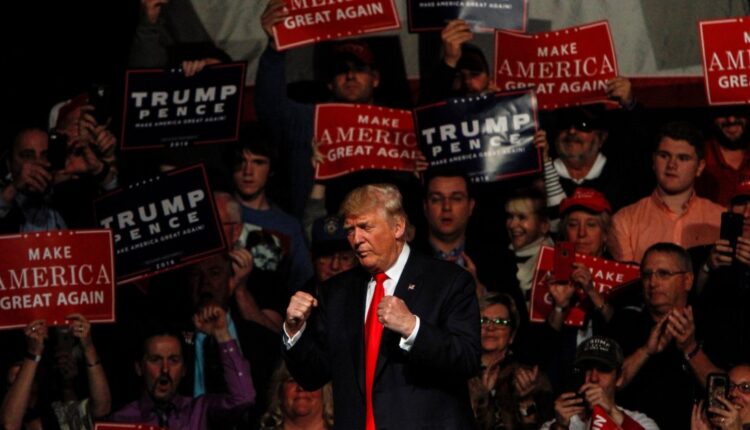 Why I Fear America Could Enslave Black People Again

RRecently I appeared at Lehigh University in Bethlehem, Penn., for a talk entitled “Making America As Good As Its Promise.” So you don’t confuse the topic of my talk with the slogan of a particular presidential campaign, let me delineate the difference.

When I hear Donald Trump suggest that he wants to “make America great again,” it always triggers the same three questions in my head.

One: How is Trump defining “greatness”? I’m not sure he and I share an understanding of what makes a nation truly great. For me, it starts with how you treat the children, the poor, the aged and infirmed, how you embrace equality as you labor for equity. Equality means that everyone gets the same in America, whether they need it or not. Equity says we commit to ensuring that all fellow citizens have the basic resources that will give them commensurate opportunities to contribute meaningfully to our society.

Two: Since so many fellow citizens have yet to experience the true “greatness” of America for the first time, for whom are we making America great again?

And, three: To what specific period of American greatness are you wanting us to return? When black folk suffered segregation after slavery? When women had no right to vote or control their own bodies? When gay brothers and lesbian sisters felt ceaseless hate? When we stole land from the Native Americans? When we sent Japanese families to internment camps? When America Lynched Mexicans? I just need Trump to give me some clarity on the time period he wishes to travel back to.

I disdain the way Trump is exploiting it, but I actually understand the anger that many of his supporters feel. I believe those questions, in fact, represent their pain better than he does. While I’m not an angry black man, I do have a righteous indignation that burns inside me about the myriad of injustices that result in a daily contestation of people’s humanity. The question is whether that feeling of being left out or left behind will be channeled into love and justice or hatred and revenge? I told the students at Lehigh that evening that I’m going with unarmed truth, unconditional love and being creatively maladjusted to injustice.

But at the conclusion of my talk, I was introduced to another question that still haunts me. I had handled most of the closing Q&A questions. Then one student hit me with this:

“Mr. Smiley, do you believe that given the crisis state of our democracy, we black folk could ever find ourselves enslaved again?”

Whoa. Didn’t see that one coming. Neither did the mostly white audience. A quiet fell over the room. I swallowed hard.

Looking directly at the student, I could see he was dead serious, and I wanted to treat his question with the soberness it deserved. But, truthfully, I stumbled as I began to respond, not knowing how to properly frame my response.

Seven months ago, President Obama nominated Merrick Garland to replace the deceased Justice Antonin Scalia on the US Supreme Court. It is his constitutional duty—not just prerogative—to do so. Hours after the president’s announcement, Republicans announced there would be no hearings, no votes, no action whatsoever until after the American people vote on a new president. They have kept their word. Some Republicans are now boldly declaring that they will block Judge Garland even if Hillary Clinton wins, assuming that she re-nominates him.

In my lifetime, I have never seen Congress so blatantly mock our Constitution. It’s especially striking that it comes from the political party that’s always lecturing us about the “rule of law”. What’s worse is that they’re getting away with it. Republicans have turned this Constitutional issue into a political football and suckered the White House, Democrats in Congress and the news media into playing the game by their rules. This is a travesty of justice, but it has all but disappeared as a news story.

I wonder what other Constitutional mandates Congress could just decide to ignore. Is it possible that the White House, the opposition party in Congress and the news media could be cowardly complacent, too frozen by fear to actually do anything to stop their overreach? They haven’t in this situation. It’s all “politics,” they say. Sound familiar? That’s exactly what we said when Trump’s campaign was just a joke. Hey won once. And could win again.

So, could the Constitution be thwarted and black folk end up enslaved again? Legal scholars, of course, will find the question ludicrous and laughable.

It wasn’t farfetched for the young student who pressed me at Lehigh that evening. And honestly? With the hair-raising, bone-chilling, spine-breaking, nerve-wracking path we’re on right now, I shudder to think where this democracy could end up one sad day, if we don’t get off this low road and make our way to higher ground soon.