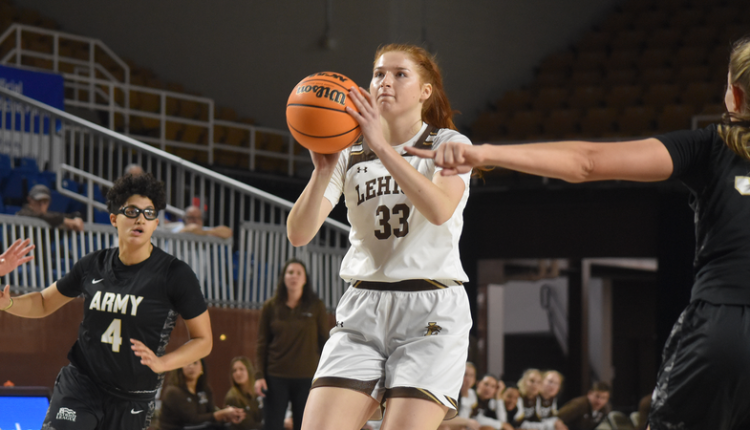 The Mountain Hawks got off to a fast start, shooting 58.6% from the field in the first half. They finished the game, shooting 53.6%, and they were 50.0% from beyond the arc.

“We started preparing what they were going to do to us both offensively and defensively a couple of days ago, and I think we really executed on that, and it got them out of a rhythm really early on in the game,” said senior wing Frannie Hottinger.

It was a total team effort, as nine different Mountain Hawks recorded at least one point. Hottinger recorded her sixth double-double of the year, scoring a game-high of 22 points and grabbing a team-high 13 rebounds. Mackenzie Kramer had 18, Kaylee Van Eps notched 13, and Jamie Behar followed with 11.

Anna Harvey had a game-high of six assists to go along with eight points.

Lily Fandre gave the Mountain Hawks their biggest lead of the game when she converted a layup plus a free throw just nine seconds into the second half.

The Mountain Hawks once again controlled the final frame to hold onto their second straight win.

Army only had one player that averaged double figures coming into Friday’s game. Sabria Hunter was averaging 13.8 points and 12.3 rebounds for the season but was held to just five points and five rebounds.

“It played really well to our game plan,” said head coach Addie Micir. “I was really proud of the level of focus that we had coming into it. We knew they had a big physical post presence, and we did a good job at taking her away, and we wanted to be there on the catch, and we did. I couldn’t be more proud of our girls.”

Coming into Friday’s game, both teams had 36 wins against each other. The Mountain Hawks got the tie-breaker tonight to hold a 37-36 lead in the all-time series.

Lehigh led things on the glass and the paint as well finishing with 38 rebounds and 44 points in the paint.

The Mountain Hawks will travel to Hamilton, NY, to take on Colgate on Monday. The game, which was originally scheduled for 6 pm, is now set to tip-off at 4 pm, with streaming coverage on ESPN+.

Why I Fear America Could Enslave Black People Again