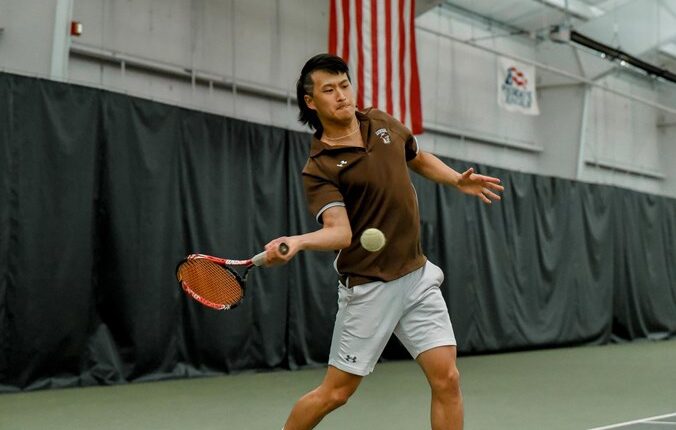 BETHLEHEM, Pa. – For the second year running, a member of the Lehigh men’s tennis team was named Patriot League Player of the Week. This time the senior Harry Wang received the award after his outstanding game against Villanova on Saturday. The senior recorded strong wins in both singles and doubles.

S / O to Harry for his @PatriotLeague Player of the Week nomination. The captain is a combined 4-0 in singles and doubles. #GoLehigh pic.twitter.com/lBuOysHE0Y

“Harry has been phenomenal for us over the past four years and his level of play is at an all-time high,” said head coach Wouter Hendrix. “He’s a special player. His leadership has been instrumental in our team’s recent success. I’m excited to see what Harry is capable of in this final month of his college career.

Wang, who took second place in the singles, defeated Novas Josh Robinson in straight sets 6: 1, 6: 2. In first place in the doubles, Wang and Zack Elliott won 6: 2 against the top duo of the Wildcats. Wang’s UTR rank is 11.49 while Novas Robinson had a UTR rank of 12.20.

In his first game of the season against Loyola two weekends ago, Wang defeated Benny Glezer with a three-point with 7: 5, 5: 7, 6: 1.

Wang, who played an important role during his four-year career at Brown and White, is a combined 4-0 singles and doubles player starting this year in 2021. Last year Wang set an impressive 7-3 mark in second place in singles and a 6-4 record in first place in doubles.

Wang will be looking to lead his Lehigh team to another this weekend as the Mountain Hawks travel north and face the Colgate Raiders.

This city has converted an old steel mill into an arts center. Could Billings do something similar with their old Corette site? | Local news