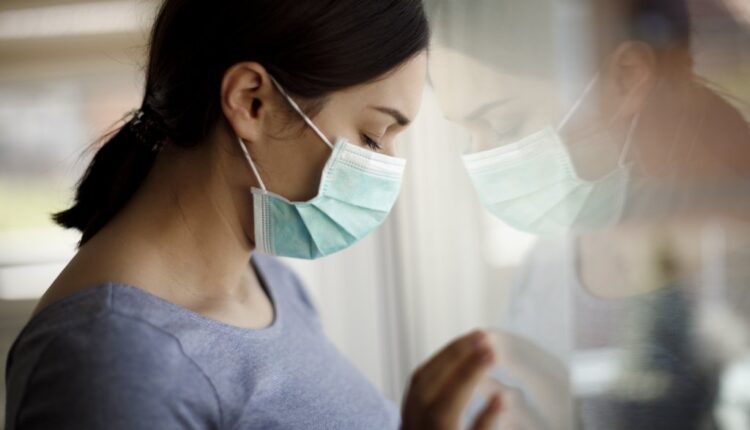 Teaching was hard enough already. COVID-19 made it nearly impossible, so I quit | Trish Zornio

The end came shortly after University of Colorado administrators denied faculty the ability to teach remotely amid yet another COVID-19 surge. Following the denial, a stream of unusual advice for professors trickled in: anticipate chaos, get creative and, if necessary, call the police.

Over the years, I’ve put up with a lot in academia. I’ve been chronically underpaid, overworked and short-resourced. I’ve faced harassment, discrimination and inflated egos like you can hardly imagine. I’ve always stuck it out — until now. The lack of rigorous protocols and resources to manage a safe return to campus was a straw too far.

At the university level, a 2020 study showed over 55% of faculty are seriously considering giving up their position. Some have already left, citing a mishandling of the pandemic as the reason. In June, a follow-up study revealed what I had already felt: A disproportionate number of those impacted were junior and mid-career women scientists.

In K-12 schools, the trends are alarmingly similar. One February survey showed that 40% of Colorado teachers were considering leaving the profession. Nationwide, the number hovers at 25%. This, too, is a women’s issue, as the overwhelming majority of teachers are women.

The reasons so many of us are leaving after over a year and a half of the pandemic seem incredibly obvious: From concerns over health and safety to fears of harassment from unruly students, parents or even politicians, it has rarely felt more impossible to succeed in the classroom. It’s hard to teach effectively when anxiety is this high, and yet our futures as educators hinge upon how we’re evaluated now — a candle burning on both ends.

From concerns over health and safety to fears of harassment from unruly students, parents or even politicians, it has rarely felt more impossible to succeed in the classroom.

Still, too many forget the extent to which the pandemic is merely compounding existing problems and inequities, the true root of the looming exodus.

For years, educators have faced chronic and severe underappreciation. In fact, almost exactly one year ago, I addressed these concerns amid a call for university faculty to unionize during COVID-19 to fight back on these very issues. I especially noted the immense stress being added to already heavily burdened lecturers, including exceptionally low pay — as little as $22,000 annually — alongside zero access to health care benefits despite working 50% to 75% of full time. Combined with the existing lack of resources to manage students successfully, the pot had long been ready to boil over.

And then, university administrators turned up the heat.

Over the past year, many faculty have received furloughs, had classes taken away or had their position eliminated. At the same time, class sizes have often increased with less assistance, and even fewer resources are available due to heightened needs. As faculty, I became far more of a social worker than a neuroscientist — an experience echoed frequently by female colleagues and rarely by my male counterparts. It was yet another layer of gendered inequity at a time when we ourselves have never been more unstable at work.

And now, with acknowledgement from upper administrators that we can essentially expect it to get worse, and not better? Is it any wonder why we’d be fully cooked?

No doubt, resuming in-person learning was never going to be easy. The pandemic has rocked a sense of security for many people that is hard to reestablish in even the best of cases. But one thing was for certain: Not appreciating teachers after the difficulties of this past year was never going to work.

They say education is the backbone of a democratic society. This leaves me with the following question: If as a society we continue to push policy that drives teachers to the point of exit, what will our democracy look like over time?

Given 54% of Americans already read below a 6th grade level, and 15% to 20% of Americans actively believe in QAnon conspiracies, I shudder to think of it.

Trish Zornio is a scientist and lecturer in behavioral neuroscience and research methodology at the University of Colorado Denver. She wrote this piece for Colorado Newsline, a sibling site of the , where it first appeared.

Mountain Hawks shut out by Vermont in home opener