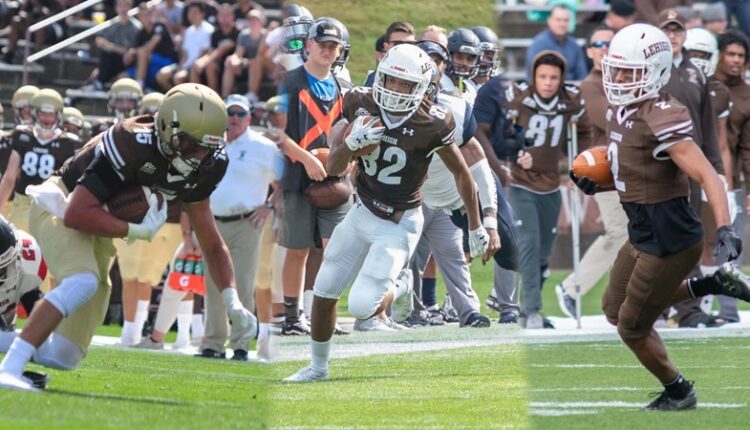 It continues with a look at the wide receivers from Lehigh.

Despite the completion of first-team All-Patriot League recipient Devon Bibbens, this could be one of Lehigh’s deepest position groups. Five returnees have considerable gaming experience, while the coaching staff of the three freshmen recipients of the program is very high.

The group’s most successful is Senior Jorge Portorreal, a two-time All-Patriot League honoree who received the second-team award in 2019 after catching 52 passes for 575 yards and a touchdown last season.

Junior Austin Dambach was Lehigh’s third-largest receiver last season with 364 yards and a touchdown after a strong freshman campaign in 2018.

Newcomer sophomore Jalen Burbage averaged more than 11 yards per reception before sustaining an injury at the end of the season from which he has since recovered.

Junior De’Shun Mickens and runner-up Jack Sutton contributed to the passing game in 2019, while Senior Matt Solomon and runner-up Johnny Foley are also prepared for bigger roles. Senior Evan Chadbourn missed all of 2019 due to injury and is working with the recipient group. He has the versatility to work as a receiver or as a running back.

The three newcomers all have the potential to get involved immediately: Connor Kennedy from New Jersey, Eric Johnson from Texas and Roemello Miner from Virginia.

How a Doctor Breaks Norms to Treat Refugees and Recent Immigrants