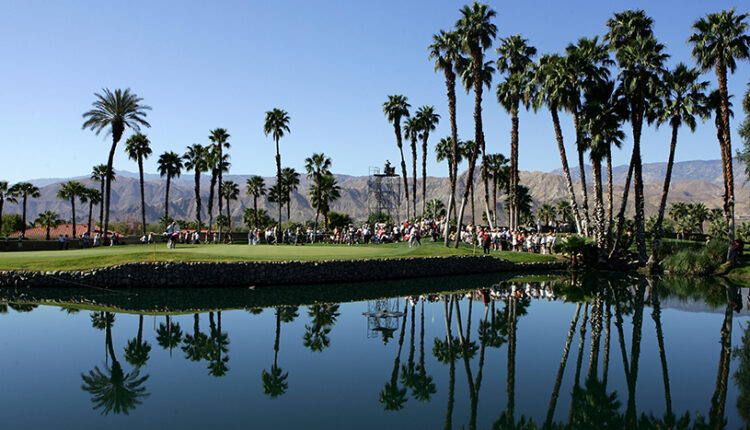 “We are thrilled to partner with GRAIL to bring PGA TOUR Champions golf back to such a storied community at the Mission Hills Country Club,” said PGA TOUR Champions President Miller Brady. “World Golf Hall of Fame members and legends of the game will enjoy a tremendous week of competition here, while providing the passionate, local golf fans with a unique, incredible experience, and we look forward to making a positive impact in the community for years to come.”

“GRAIL and PGA TOUR Champions have a shared commitment to positively impact the lives of people and communities that we touch. At 50 years of age and older, Champions Tour players have likely had personal experiences with cancer and can inspire the next generation to improve health care,” said Bob Ragusa, Chief Executive Officer at GRAIL. “We are excited to join forces to build awareness for multi-cancer early detection and raise proceeds to support cancer-related causes.”

GRAIL is a healthcare company whose mission is to detect cancer early, when it can be cured. Galleri, a first-of-kind multi-cancer early detection blood test offered by GRAIL, has been shown to detect many cancers that are not commonly screened for today. When a common cancer signal is found, test results can point to where in the body the cancer is located with high accuracy to help healthcare providers guide the next steps to diagnosis. Galleri is intended for people with an elevated risk of cancer, such as those aged 50 or older, and is to be used in addition to recommended cancer screenings.

“We are proud to continue our professional golf history here at Mission Hills Country Club dating back to 1972,” said ClubCorp CEO David Pillsbury. “So many of the current legends on PGA TOUR Champions have a history of competing at events in the Coachella Valley. Mission Hills Country Club has proved to be a perfect host to professional golf events from the challenging major championship golf course to all of the amenities for fans, sponsors and players. This will quickly become one of the very best venues on the PGA TOUR Champions schedule and most importantly will continue to have a positive impact on the local community.”

Mission Hills Country Club, known worldwide for its rich history and tradition after hosting professional golf events for the last five decades, has evolved into a Coachella Valley golf club for all seasons. The 18th hole and “Poppie’s Pond” are traditionally one of the more memorable and historic finishing holes in professional golf. The ClubCorp owned facility offers a unique golf experience, with three very diverse golf courses designed by some of the biggest names in golf course design (Arnold Palmer Course, Pete Dye Challenge Course and Dinah Shore Tournament Course). All three courses have six tee locations allowing players to play the course at their desired comfort level.

All rounds of The Galleri Classic will be broadcast nationally on GOLF Channel, the TOUR’s exclusive cable-television partner that reaches close to 70 million US households and in excess of 170 countries and territories, reaching more than 340 million potential households, and distributed in 15 + markets via GOLFTV.

New Philly school board members want to be advocates for students