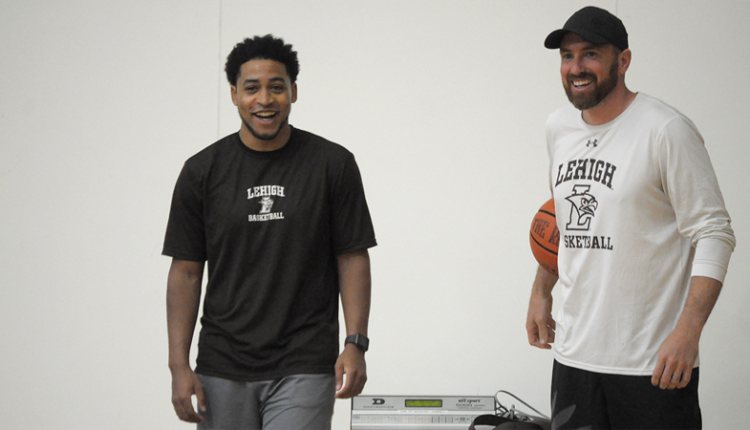 BETHLEHEM, Pa. – Lehigh head men’s basketball coach Brett Reed announced on Monday the addition of Zay Jennings to staff as Director of Basketball Operations. A native of Allentown and graduate of Allentown Central Catholic, Jennings was a four-year starter at Le Moyne where he was a regular in the lineup as a junior and senior. He also has deep roots with Lehigh Basketball, serving as a ball boy when he was a youngster and camp counselor during his college days.

“Lehigh Basketball is pleased to welcome Zay Jennings as a member of our coaching staff,” said Reed. “Zay’s connection with our program is nearly lifelong and he’s been around Stabler Arena since he was a child. Now that he has completed a successful college basketball playing career and has already begun his coaching career, we believe that our program will benefit from the experiences he’s gained and the knowledge of basketball he possesses. We anticipate that Zay will bring energy and enthusiasm into this valuable position within Lehigh Basketball.”

Jennings was a member of the Dolphins’ program, which plays in NCAA Division II and the Northeast 10 Conference. Over his last two seasons, he played in 52 total games, starting six – averaging 4.4 points per game as a junior and 6.8 as a senior. In his senior year of 2019-20, he shot 42.6 percent (26-of-61) from 3-point range. In the classroom, Jennings was named to the Northeast 10 Student-Athlete Honor Roll for the spring of 2020 (for a GPA of 3.5 or higher). He was also named to the Dean’s List.

Prior to Le Moyne, Jennings impressed at Caldwell (NJ) University where he averaged 10.5 and 12.0 points over his first two collegiate seasons. At Allentown Central Catholic, he graduated as the school’s all-time leading 3-point shooter.