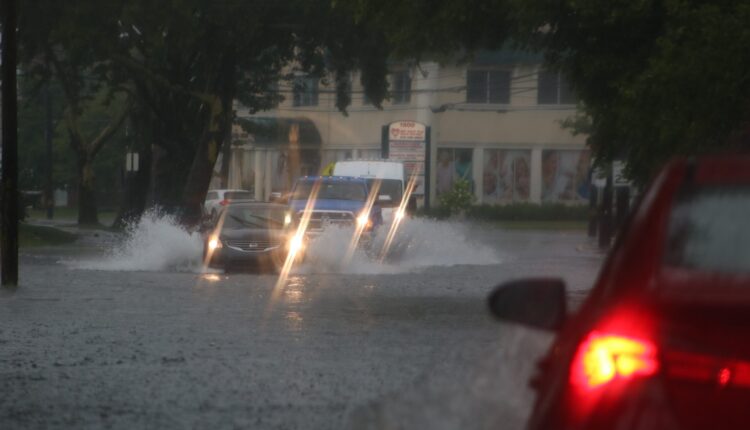 The wildfires tracing a path of death and destruction in the American West mark the first natural disaster of the New Year. And the same changes in climate that turned Colorado into a tinderbox are laying the groundwork for future disasters in Pennsylvania.

Pennsylvania is in line for more extreme rainfall and flooding by 2050, according to a recent assessment by researchers at Penn State University.

The paper, published in the Journal of Hydrometeorology, reached its conclusions by combining historical flood information with climate models to estimate future risk, according to the environmental news site, StateImpact Pennsylvania, which first reported its findings.

According to StateImpact Pennsylvania, the top three cities with the highest projected flood hazards were Lock Haven, Williamsport, and Sunbury, all situated along the west branch of the Susquehanna River. All have a history of flooding.

“Places that…today have the highest risks of flooding, those same places seem to be the ones that are at most risk 50, 100 years from now,” Alfonso Mejia, an associate professor of civil and environmental engineering, and one of the paper’s authors, told StateImpact Pennsylvania. 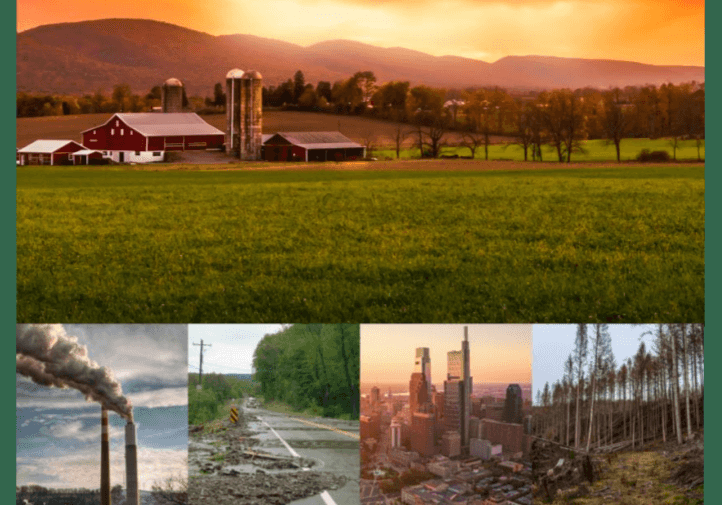 In May, officials across several state agencies called for a “multi-dimensional” approach to fighting climate change, the Capital-Star’s Cassie Miller and Stephen Caruso reported at the time.

In a 143-page report that’s released every three years, officials at the state Department of Environmental Protection noted six expected changes by mid-century when compared to a 1971-2000 baseline.

“No one can expect Pennsylvanians’ lives to stay as they are now,” DEP Secretary Patrick McDonnell said at the time.

Our Stuff.
A landmark school funding trial that could change the way Pennsylvania pays for public education resumes Thursday after a holiday break. Marley Parish previews what’s ahead.

With COVID-19 again on the rise and an omicron surge nationwide, Pennsylvania reported an increase in daily average case numbers Tuesday, bringing the statewide total to 2.1 million since the pandemic began, Marley Parish also reports.

State Rep. Daryl Metcalfe, R-Butler, called it a career on Monday, announcing he won’t seek re-election this year. You can stay up to speed with retirements and primaries with our handy-dandy tracker.

Helping the city’s young people and stopping a wave of gun violence top Philadelphia City Council’s list of priorities for the coming year, our partners at the Philadelphia Tribune report.

Allegheny County’s medical examiner has ruled the death of Jim Rogers, a Black man from Pittsburgh who perished last October after being repeatedly tasered by city police, an accident, our partners at Pittsburgh City Paper report.

In his inaugural address, Pittsburgh Mayor Ed Gainey, the city’s first Black chief executive, promised ‘a city where affordability isn’t a luxury, and a city that is prepared to lead into the future,’ our partners at Pittsburgh City Paper report.

On our Commentary Page this morning, opinion regular Bruce Ledewitz finds some reasons to be cheerful in 2022. And a University of Connecticut expert explains how the Capitol insurrection changed Americans’ relationship with conspiracy theories.

Elsewhere.
The Inquirer asked the 2022 GOP U.S. Senate candidates from Pennsylvania if they would have accepted the results of the 2022 election — They wouldn’t answer.

LancasterOnline talked to Lancaster Police Chief John T. Bey about his first year on the job.

A York County judge has thrown out a protective order issued against a local tax collector, the York Daily Record reports.

More than 700 students from one Lehigh Valley school district were absent from school on Monday —  more than half from COVID-19, the Morning Call reports.

City & State Pa. updates on the expanding Republican field for governor in 2022.

One year after the Jan. 6 insurrection, some companies are still hesitant about their political giving, Roll Call reports.

WolfWatch
Gov. Tom Wolf heads to Pittsburgh for an 11 a.m. news conference to urge people to enroll in health care before the Jan. 15 deadline.

You Say It’s Your Birthday Dept.
Best wishes go out this morning to former Pennsylvania Gov. Ed Rendell, who completes another trip around the sun today.

Heavy Rotation
From the most recent record by The Anchoress, “The Art of Losing,” here’s “The Exhange.” It’s a duet with Manic Street Preachers frontman James Dean Bradfield.