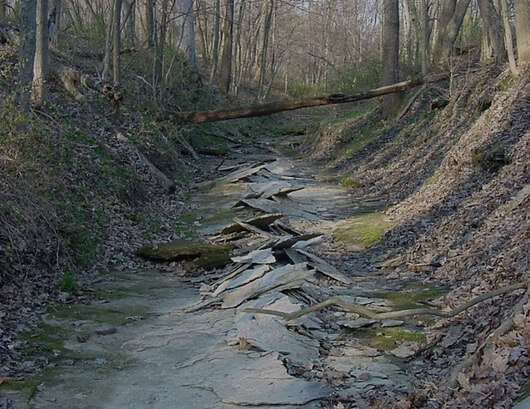 Pa. eligible for more than $244M in U.S. Interior Department mine cleanup funds

The Interior Department asked states Wednesday to apply for $725 million made available this year to clean up abandoned mine sites as part of the 2021 infrastructure bill.

The department officially opened a notice of funding opportunity, which gives states the avenue to request federal grants to close mine shafts, prevent the release of methane and other gases and treat acidic mine drainage.

Guidance released last month by the Office of Surface Mining Reclamation and Enforcement, an agency within Interior, also called for states to prioritize employment opportunities for coal workers.

The infrastructure law gave the department $11.3 billion for mine cleanup grants to be distributed over 15 years.

Of the $725 million in new funding next year for Abandoned Mine Lands grants under the infrastructure law, more than one-third could go to Pennsylvania, which is eligible for $244.9 million.

West Virginia, eligible for $140.75 million, is the only state other than Pennsylvania to be eligible for more than $100 million.

Other eligibility caps include:

The Navajo Nation would also be eligible for $1.7 million from the fund.

The extra funding represents a huge boost for OSMRE’s abandoned mine cleanup efforts.

In fiscal 2022, OSMRE sent a total of $243.1 million to all states and tribes in the program, with $153.1 million funded mostly with fees paid by active coal miners and $90 million in additional federal grants. Pennsylvania had the highest allocation with $38.1 million.

The extra funding in the infrastructure law was meant to both eliminate pollution from mining sites and to provide job opportunities in communities that have historically relied on coal mining.

“Through this program, we are investing in coal communities through job creation — including for current and former coal workers — and economic revitalization, all while addressing harmful environmental impacts from these legacy developments,” Interior Secretary Deb Haaland said in a statement.

“We encourage all eligible states and Tribes to apply for this funding so we can reduce hazardous pollution and toxic water levels that continue to impact our communities.”