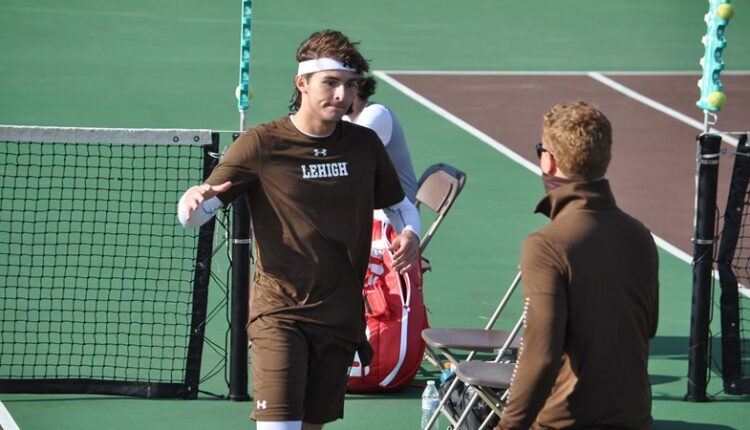 BETHLEHEM, Pennsylvania – After kicking off the fall season with a hit show at the Villanova Invitational, the Lehigh men’s tennis team will host their annual fall invitation this Saturday and Sunday.

Lehigh welcomes Howard, Fairfield and Monmouth to the Ulrich Varsity Courts and the Lewis Tennis Center on the Goodman Campus. The campaign starts at 10 a.m. on both days.

At the Villanova Invitational, he competed in a best-of-2-of-3 series, which consisted of a double and two single games. Senior Zach Elliott and freshman Marc Blekhman were paired and won the Blue Draw; Runner-up Jordan Paul and Junior Michael Bukhalo teamed up to win the White Draw. Bukhalo won the super tiebreaker in the third set to win the title against a team from Villanova.

Juniors Matt Kleiman and Jeremy Learner recovered from losing their opening game and finished ninth in the Blue Draw, while Seniors Gary Fishkin and Andrew Nakhjavan split their four matches and finished sixth in the White Draw.

Elliott remained unbeaten in the singles and stands as a two-time All-Patriot League honoree, having received the first-team honor just last spring.

The Lehigh Invitational will have a “hidden dual” format.

The last day of competition on Sunday starts with the Lehigh-Fairfield doubles, followed by Lehigh vs. Howard singles and then the Lehigh-Monmouth doubles.

Following the Lehigh Invitational, the Mountain Hawks will compete in the Saint Joseph’s Invitational September 24-26 in Merion Station, Pennsylvania.

Leader of California’s Muscular Obamacare Exchange to Step Down