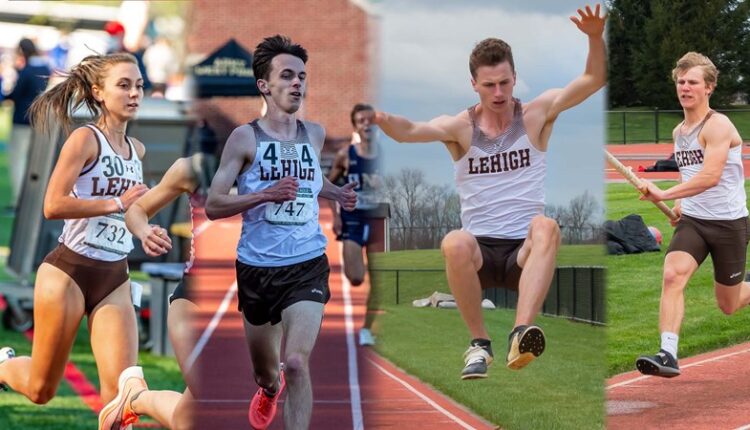 On Saturday, the Mountain Haws saw several impressive performances from their athletes. In the 5 km race, the second Melko continued his remarkable campaign and finished third with a time of 14: 15.73. Melko’s time was a new PR and has it for the sixth time in school history. In the women’s 5km, Zaun won All-East honors by finishing sixth with a time of 17: 32.75. In the men’s 10km, Patriot League silver medalist Jeffrey Kirshenbaum recorded a PR and an eighth place with a time of 30: 14.54. Brad DeMassa turned 21st with a time of 31: 23.36.

The second Scott recorded two All-East honors in the high jump and the triple jump. In the high jump, the jumper finished sixth and recorded a new PR with a mark of 2.00 m, while in the triple jump he took eighth place with a mark of 14.43 m. Perna, the bronze medalist of the Patriot League, stayed with the high jump and finished seventh with a jump of 1.61 m. In the obstacle race, Nick Norton took 17th place with a time of 9: 30.77. In the 100 mH preliminary rounds, Chae Kim only missed the cut and finished 10thth with a time of 14.89.

After a fifth place in the discus, Junior McKoy received the All-East Award with a throw of 45.00 m and then turned 11th in the shot put to 12.99 m. Rachel Sequeira finished the day with a 19th in the triple jumpth End the course with a jump to 10.99 m.

For most, the IC4A / ECAC championships will mark the end of the outdoor season, but several Lehigh athletes will be waiting for the final qualifying lists for the first round of the NCAA championships. The best 48 seeds in each event will advance to the East region. NCAA qualifiers are expected to be announced earlier this week.