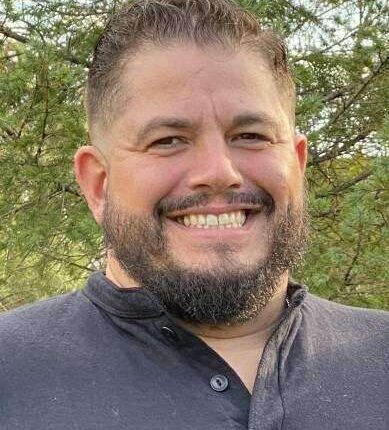 Michael Robert Gurdineer, 41, of Coopersburg, died on September 8, 2021 at Lehigh Valley Hospital-Cedar Crest. He was Melissa Gurdineer’s husband for 12 years.

Born in Middletown, NY, he was the son of Robert and Teresa (Weeden) Gurdineer of Westtown, NY

He has taught at Orange Ulster BOCES in Goshen, NY, at several Allentown School District Schools, and at Northampton Area Middle School. He has been certified to teach social studies, math, and science.

He played soccer in high school and Moravian College before training as a position coach for Highland Falls Varsity, Highland Falls, NY. During those years he was the middle school’s head football coach and served four seasons. In 2012 he founded the Spartan Touchdown Club, which supports the sport of Southern Lehigh and runs the Spring Flag Football League. From the 2021 season at NASD, he accepted the season and began the season as the offensive coordinator and offensive line coach of the college team.

In addition to his wife and parents, he has four children, Blaze, Colette, Olivia and Zoey; three siblings, Marion Spar and her husband Andre from Castleton-on-Hudson, NY, Matthew and his wife Erin from Westtown, NY, and Marcus and his wife Emely from Hackettstown, NJ; 11 nieces and nephews, Haylee, Ayva, Dylan, Aubrey, Payton, Nate, Madison, Lillian, Gwendolyn, Lilla, and Mia; a father-in-law, Jeffrey Mertz; a brother-in-law, Justin Mertz von Coplay; Grandparents, Frank and Lucy Reinhard from Bethlehem; and an aunt and uncle, Cheryl and Ardie McCue from Coopersburg.

Donations can be made to the National Football Foundation, Lehigh Valley Chapter. Write checks on LVNFF and mail them to Tony Cocca, 414 New York Ave., Whitehall, 18052.

A visitation will take place on September 17 from 11 a.m. to 2 p.m. at the funeral home at 245 East Broad St., Bethlehem. The funeral service will be private.

The arrangements were made by Connell Funeral Home Inc.