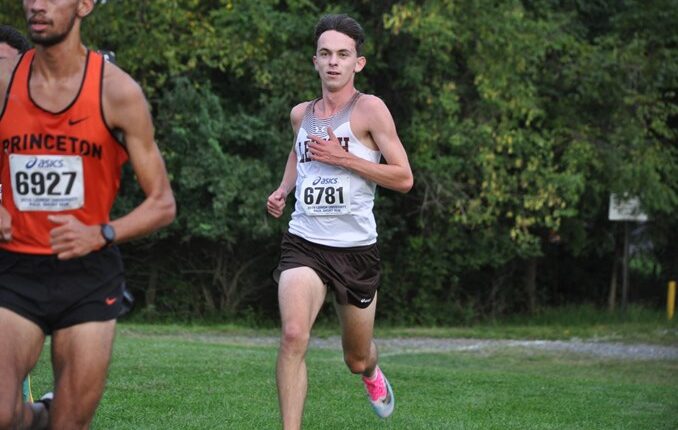 Melko tabbed as Male XC Runner of the Week

BETHLEHEM, Pa. – Junior Connor Melko from the Lehigh men’s cross-country team was named male runner of the Patriot League of the week on Tuesday, the league office announced. Melko brought the Mountain Hawks to second place in the field with 8 teams in the first Lehigh Invitational. The brown-whites scored a total of 58 points.

Melko was the first Lehigh runner to cross the finish line on Friday evening, finishing fifth overall in the 6 km with a time of 18: 18.0. The junior landed a full 10 seconds before the sixth. Melko’s time earned him a new PR in the 6K.

Connor Melko from @LehighTFXC was named @PatriotLeague XC Men’s Runner of the Week. The junior put the Mountain Hawks in second place at the Lehigh Invitational on Friday. # GoLehigh

“Connor had a strong race at the start of the season,” said head coach Todd Etters. It continues to improve with each season and is a perfect example of what we expect from our student athletes. His talent, work ethic and mental strength all fuse together to make him an outstanding performer. “

As a team, the Mountain Hawks had other notable excellence in their first race of the season. Tyler French’s epic foray into the last mile catapulted him to seventh place, while Seth Slavin finished 10th in his first race back for the Browns and Whites. Avery Lederer was the fourth Lehigh runner to cross the finish line in 14th place, and newcomer Aidan Lynch put in a very solid performance in his first college race, finishing fifth Lehigh runner and 26th overall out of 129 total runners.

Melko will lead the Mountain Hawks to Easton next Saturday for the Lehigh-Lafayette duel on September 18th. Lehigh will attempt to defeat the Leopards for the 22nd straight time.

The Pandemic Almost Killed Allie. Her Community’s Vaccination Rate Is 45%.